**Copy of Waypoint Kangeroo by Curtis C. Chen given by Agent Sam Morgan of Jabberwocky Literary Agency in exchange for an honest review**

When I start reading a book, naturally, I carry it around with me everywhere: to work, to appointments, to eat, to avoid social interaction; you know, the usual. A lot of times, people don’t really notice the books that I carry around with me. They almost serve as an extra appendage that everyone who knows me just expects to have, hardly noticing that they change size and shape from week to week.

That was not the case with Waypoint Kangeroo.

At work, I probably had four or five people ask me about the book over the span of a few shifts. Sometimes they’d just mention the cover and how it “looked interesting.” Other times, they’d ask me what it was about or if it was any good. One of my employees even told me he’d heard of it before, seeing it on a list somewhere as one of the “must-read sci-fi books of the year” and asked if it lived up to expectations.

Ironically enough, I still hadn’t even started it at this point.

I tend to do that often, after finishing a book: pick out which book I want to read next and start carrying it with me everywhere, only to wait for the “perfect moment” to start it. It can be anywhere from a few hours to a few days before I finally realize that there is never a perfect moment to start a book and that I should just stop torturing myself and start reading it already, instead of letting all these opportunities pass me by.

But with Waypoint Kangeroo, I was purposefully waiting for not the perfect moment, but for anything that wasn’t a moment (have I confused you yet?). Because I’d done the same thing my coworkers were doing to me. Between the title and the simplistic yet intriguing cover art, the book had caught my attention before I was surprised with a copy in the mail. I’d read a blurb and was hooked. I was already excited for it and I already wanted to read the hell out of it, because I knew it was going to be good. A military spy with a unique power who keeps messing up and gets sent on vacation to Mars to avoid messing up big time, only to get involved in something so much bigger than anything he’d ever dealt with and now he’s trying to come up with how to solve it alone in space? Um, yes please. So why did I wait days to start reading it?

In attempt to avoid exactly what happened anyway.

I started it during my dinner break. There, I knew I would have an hour, most likely uninterrupted. I could get a good chunk read without being forced to put it back down–because that’s what I meant when I said I was waiting for anything that wasn’t a moment. I knew I was going to love this book (and I did). I knew once I started it, I wouldn’t want to put it down. I didn’t want to be forced to stop reading. Over dinner, I got roughly 75 pages read before work forced me away.

And then I waited days to pick it back up again, even though I really, really wanted to know what happened next.

When I did pick it back up, I’d just got home from work, it was 12:30 at night and I commanded myself, “1am, at the latest.” Naturally, I stopped, five-different-reading-positions later at page 260, close to 3:30am, only stopping because I had grown so tired, I was missing little details; details that I did not want to miss. This book was hilarious, it was captivating, it was intriguing, it kept me invested and damn well kept me interested. I didn’t want to miss anything from the last 50 pages, when everything was coming together. So I put the book down and went to sleep, as eager to finish it as I was dreading the same action, because that meant it was over–and I could have been content if this book was double its size. 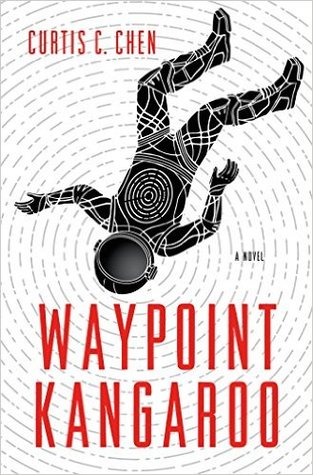 That was three days ago, friends.

I finished the book 30 minutes ago.

And not for lack of trying, this time.

What I was trying to avoid by purposefully putting off reading the book until I had large blocks of uninterrupted time available to dive in was exactly what happened in trying to read the last 50 pages. I would get in five pages here, ten pages there, but always, blasted always something got in my way: people needing me at work (like I was getting paid to help them or something); poor time management and I’d have to leave to make it to whatever was up next on my plate; the eye doctor finally showed up; the sudden availability of a PS4 when I was home for Thanksgiving (okay, the last one could have been avoided, but still).

The best interruption was last night, at work, when security got in. They usually come 30 minutes before we close, to prep and whatnot. My employees and I had already gotten all of our closing stuff done, so that was 30 glorious minutes I could use to crank out this ending and learn how Kangeroo was going to pull this one off. By the time security arrived, my nose was buried. We exchanged the usual pleasantries and they asked how my break for Thanksgiving was and how my night was going. I told them, after exchanging Thanksgiving stories, as obvious as possible, that I was “really excited to finish this book,” as I “only had 30 pages left.” I didn’t think I could get more obvious than that, without being rude, in hinting that I really, really wanted to spend the remaining of my shift reading.

But this evening, friends–this evening, I finally, FINALLY finished Waypoint Kangeroo. It didn’t disappoint. Like I said above, I grinned at the last page, full on ear-to-ear split. I honestly was nervous, actually, as the pages kept ticking closer and closer to the end. I would look at how much I had left, triggering alarm bells in my head. “It can’t end yet. You still need to figure out X and Y and what about Z and DON’T FORGET THE NANOBOTS!!” Yet, wonderfully, all of my worries were for not. The ending was executed expertly and I feel content, but also eager for the second book.

(Do you hear that, Mr. Chen? Second book. It is needed. Preferably, yesterday.)

Kangeroo is a character that latches onto your heart and is really hard to let go, from the first page until the last. His antics, his hilarity, his emotions (that was probably my favorite aspect, honestly, that we got to see a wide spectrum of emotions from him that felt both honest and real), his talents and his inability to take a vacation were totally refreshing and definitely needed during such a heated and disappointing time in reality. I recommend checking this one out if combining military thriller and unlucky operatives with outer space sounds appealing to you (though trust me, if it that isn’t your usual cup of tea, you’ll still burn your tongue due from over excitement about this one). From the characters to the antics to the intrigue to the emotional attachment you develop, this one is a winner, hands down. Sign me up for the next vaca–er, mission.

PS: I have a few posts now on this blog and sometimes, new people stumble upon it (welcome!) without reading the introductory post, so you may be very confused as to why this review basically told you nothing about Waypoint Kangeroo and all about me reading it. That was actually the point, I promise. Check out the first post for further clarity. 🙂