Who is Catalia Fisa?

With the help of pivotal figures from her past, Cat begins to understand the root of her exceptional magic, her fated union with Griffin Sinta, and Griffin’s role in shaping her destiny.

Only Cat holds the key to unlocking her own power, and that means finally accepting herself, her past, and her future in order to protect her loved ones, confront her murderous mother, and taking a final, terrifying step–reuniting all three realms and taking her place as the Queen of Thalyria.

What doesn’t kill her will only make her stronger…we hope. 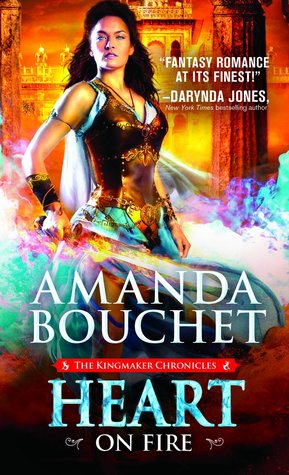 So, I just finished the second book in this trilogy last week and let me tell you, I’m ready to read the third one, especially after looking at that blurb above. It hints at all of the questions I’m ready to have answered. I’m also excited to see Cat finally accept not only her destiny, but the truth of her character. It’s been a long journey for her and she deserves that kind of peace and understanding about herself.

Also, the covers on all of the books are absolutely stunning, but I love the color scheme that goes with Heart on Fire. It’s gorgeous.