Title: A Demon in Silver
Author: R.S. Ford
Publisher: Titan Books, June 2018
Blurb: In a world where magic has vanished, rival nations vie for power in a continent devastated by war. When a young woman demonstrates magical talent for the first time in decades there are those that will kill to obtain her power. But the girl finds that guardians can come from the most unlikely places.

I don’t get squeamish often.

I’m both a fantasy writer and reader. Grotesque scenes and descriptions aren’t what I’d call commonplace amongst the genre, but they’re certainly no strangers, either. Usually, I’m pretty unfazed by it when I come across it in fiction, usually more invested in what just happened to the characters’ currently vying for my heart to really become appalled or grossed out by what I’d just read. A Demon In Silver by R.S. Ford not only broke that streak for me, but he did so twice, two separate scenes written so vividly, with such detail and grotesque vitality, that I literally recoiled in my seat and felt myself grow a little nauseous.

For that alone, I can only applaud.

(But also, how could you? He didn’t deserve that; not even remotely close.)

(Also also, why we’re on the subject, how dare you also do that? Especially as, since she discovered it, so we saw the horror through her perspective, which made it all the more painful to experience; as a reader who dared to hope that result wouldn’t happen…needless to say, I’m still not over it.) 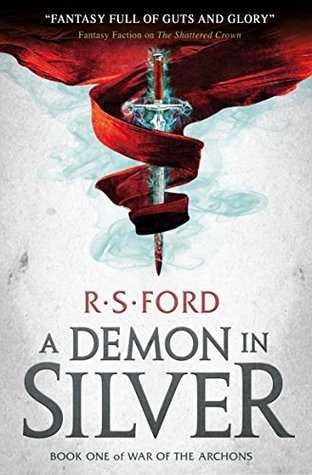 Broken streak included, there is so much to praise about in this book. I’ve never read Ford before, but I found myself enjoying two aspects immensely: his knack for description (both the grotesque and the beautiful) and his characters. Though there were a few–as this is told through multiple-POV–who I wished we got to know a little better, especially before the end, I thought the characters were extremely vivid, particularly Silver and Livia Hallow. I was definitely drawn to their POV chapters more than any of the others–not to say that the others weren’t interesting and compelling, but something about these two women (especially Silver) continually drew me in.

And after that ending? Well, that attachment feels a little painful, at the moment. Ow.

I won’t lie: at first, I was really itching for all of these POVs to eventually intersect and tell me how these characters, seemingly separate and unconnected, came together. I got a little impatient with it. But then, once they did, everything fell so perfectly into place and made so much sense why he wrote it the way he did, that I regret feeling that way in the first place. Especially because, once you hit the last 100 pages, the pace picks up so rapidly–with no intention of stopping–leaving readers to turn the last page and wonder where on Earth the rest of the book is, only to realize that nope, he did indeed end it there and now we’re all left waiting for a sequel.

A Demon in Silver was a joy to read and a book I easily consumed in large chunks, thanks mainly to the complex cast of characters and the evocative way it was detailed. I’m definitely itching for the second book and really thankful to Titan for sending me a copy and introducing me to this world. It reminded me a lot of Peter V. Brett’s The Warded Man, as both books start out showing us multiple characters and the lives they live, before everything is completely ripped out from underneath them and suddenly, shit gets real and readers are left wondering how they are going to make it through this at all, hoping they can survive it, because even in such a quick glance, they’ve already fallen in love with the characters presented.

Of course, we don’t always get what we want, now do we?

PS: I’m also honored to be part of the blog tour for this book, happening June 11th through the 22nd, hosted on various blogs! So be sure to check back here on the 21st to read a really fantastic guest post from the author himself (trust me, I’m squeeing, too). And check out the graphic below to see all of the amazing other blogs and bonus content you can find. 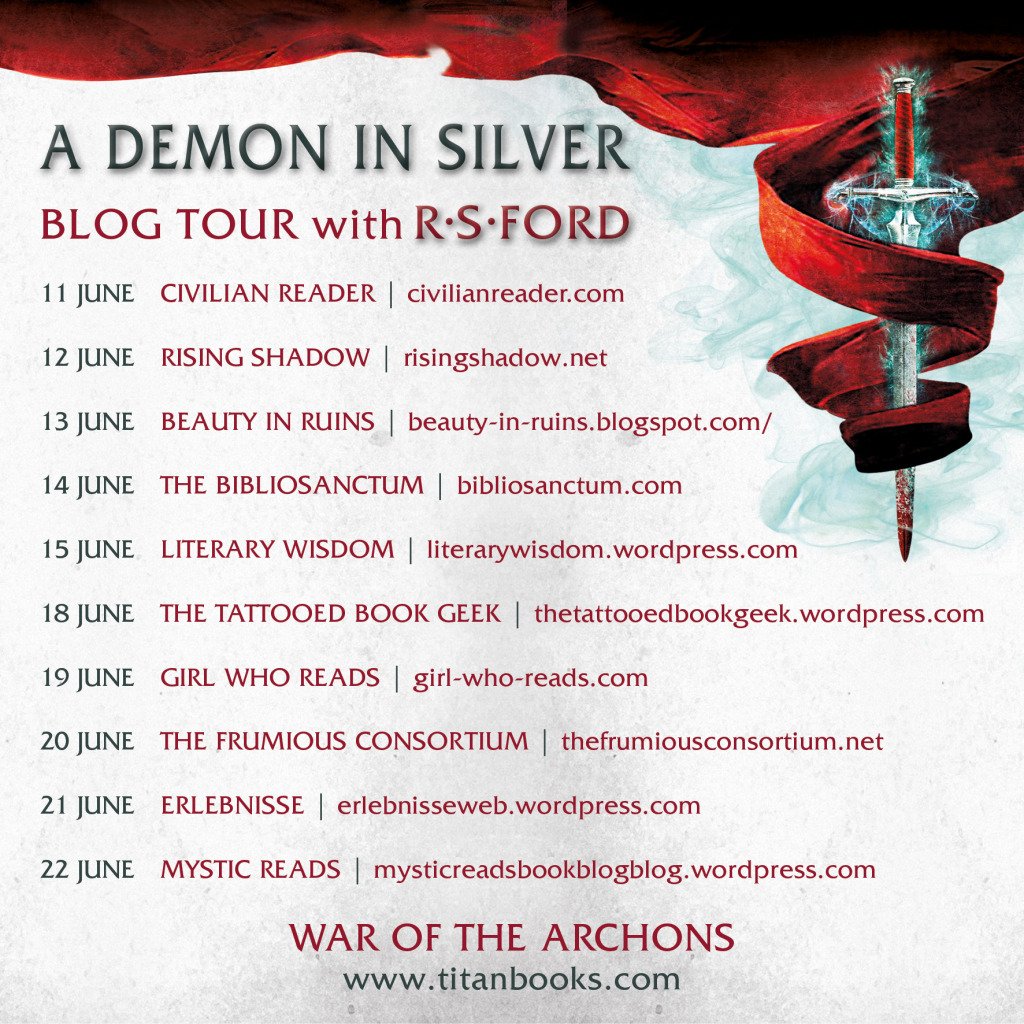 PPS: Also, that moment when I figured out what the title meant!? Beautiful.