First off, I apologize that I have gone silent of the SPFBO front since pretty much the holidays. Long story short, I started a new job in December, then got really sick for almost two weeks, then the holidays happened. Since then, I’ve still been struggling a bit to figure out my groove with this new day job. Honestly, I haven’t been able to work on SPFBO has much as I wanted to. I’ll definitely still finish by deadline, but I do apologize for my silence and slowness.

So, without waiting any further, let’s check out my thoughts on my first finalist! 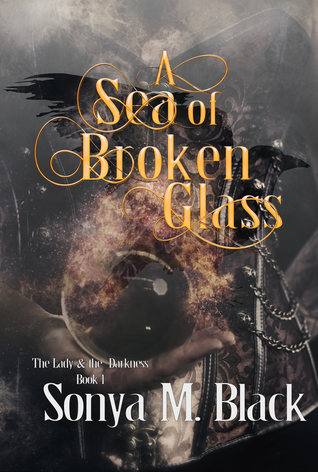 After enduring weeks of torture and being convicted of witchery, Ris escapes, only to discover the Darkness and the Lady are hunting her. They need the magic that sings within her.

Creator of all, the imprisoned Lady needs Ris, her last vessel, to find the Heart of Creation. The Darkness seeks to corrupt the vessel and retain his hold on the Lady, and with it, the world.

Ris finds help from a pair of Paladins of Light who aid her in cleansing the evil taint from the lands. As her power grows, so do her questions. How can she restore balance to the world and free the Lady? Should the Lady be trusted or is she as much at fault for the evil in the world as the Darkness? With powerful demons War, Ruin, and Plague at her heels, Ris struggles to stay alive as she tries to unravel the secrets hidden within her before it’s too late.

Secrets that may cost Ris her soul even if she does succeed.

Unfortunately, this book didn’t connect at all with me.

I wish I could come out with better news, but I always promise my honest thoughts and this book didn’t really connect with me on any level. I thought the premise was really neat and the beginning did truly capture my interest! I was intrigued by Ris and the position she was put in and really liked Bran. But as I continued to read, I quickly lost interest as I felt the backstory and worldbuilding was severely lacking, the characters underdeveloped and the painful lack of clarification or explanation left me feeling confused and frustrated.

I really didn’t like Ris and didn’t understand her choices as the story went on. I thought her relationship with her Sword, Michel, was super unrealistic, and figured she’d take more time getting to know him and trust him to the extend she does her Shield and Cloak. As the book progressed, some of the choices she and other characters made didn’t make a lot of sense, which became frustrating.

I also thought the pacing was really off in that it was way too fast, not allowing us to understand the magic and the world and the stakes very well, which was a shame, because this had a lot of promise! It also got very repetitive in delivering ideas and facts, especially all the back-and-forth arguing that’s the same essential argument in the last 100 pages, which became annoying after a while.

I wish this could be a more positive response, but I don’t think this was a book for me. If you like fast-paced shorter reads that have a lot of action, you may enjoy this one, but for me, I needed more development, backstory and purpose to truly connect.

4 thoughts on “A Sea of Broken Glass: SPFBO 5 Finalist”