So, E3 finally happened.
I wasn’t lucky enough to go (who has that kind of money?) and that’s probably a good thing, because I saw pictures of some of the swag that was there and oh boy, my bank account does not need that kind of temptation put in front of me. I watched most of E3 this year–sometimes with friends, sometimes sneaking in streams at work, sometimes just curled up on the couch with the boyfriend and then panic-flailing off of it when Fallout 76 details were dropped.
My response over how E3 went comes from the perspective of someone who describes herself as a “casually obsessed gamer”: someone who plays on her PS4 as her most time-sucking hobby (and she loves it), but someone who also really only plays the games she gets into (but when she does, she gets really into them). I haven’t played all of the classics. I don’t play across multiple consoles or platforms and I don’t think I’m knowledgeable enough about the industry to give really in-depth responses over what was revealed and what was missing from this year’s E3. I simply want to gush about the games I’m excited about and bemoan about the games that are still far off in the future.
So, if that sounds like your cup of tea, strap in, lovelies. 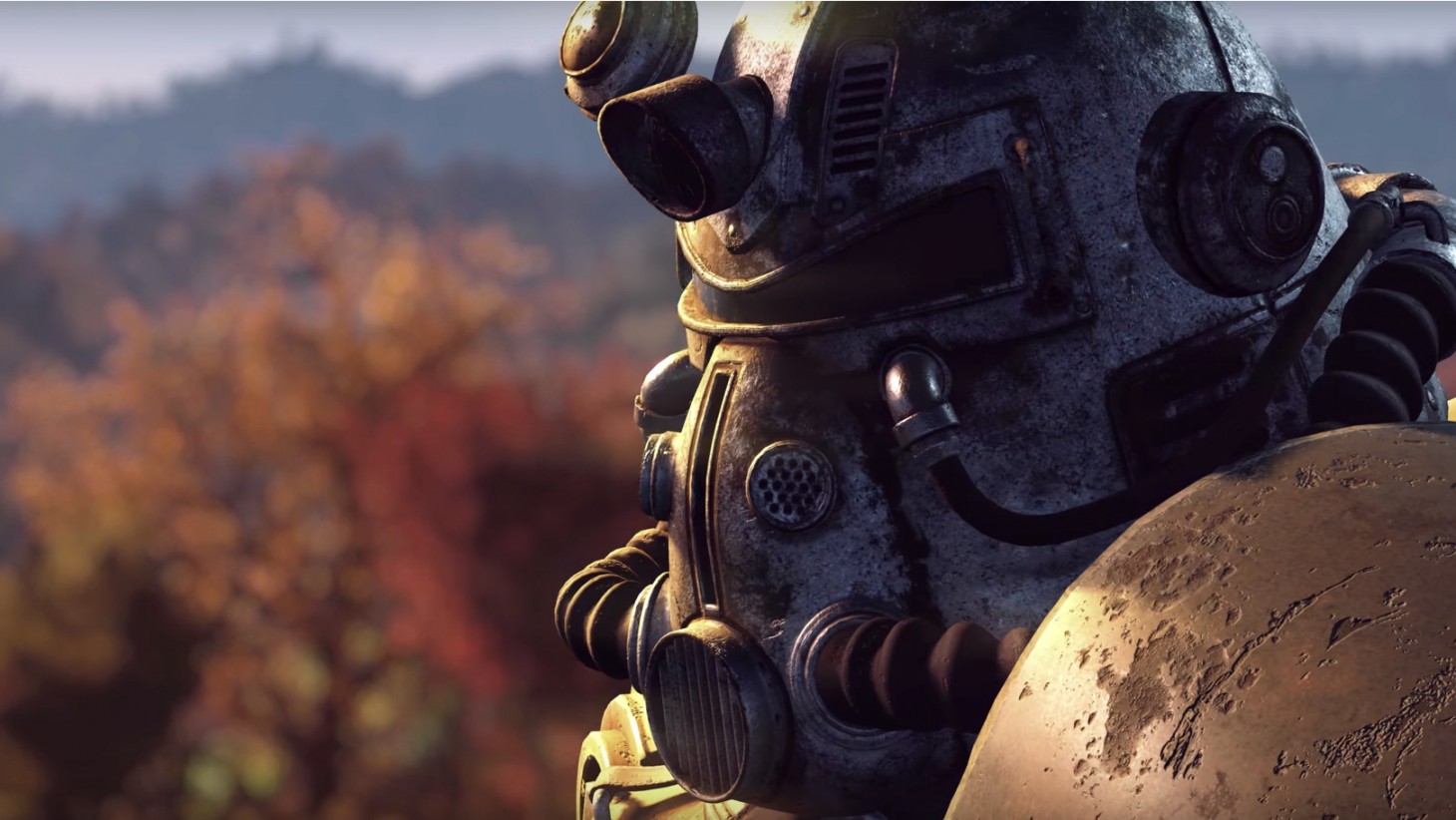 By far the game I’m most excited about, to be honest. Bethesda has stolen my heart ever since Skyrim and I honestly didn’t get into the Fallout franchise until very recently–as in, the past six months or so, where my entire life has been consumed by trying to keep my settlers happy (so, in other words, fuck you, Sanctuary) and trying not to break my controller after throwing it across the room, yet again, after another ghoul attack.
(I fucking hate ghouls.)
I’m so glad my boyfriend got me into Fallout, though, as Fallout 4 has been one of my favorite games to play. The lore is incredible (and finding out more and more from tidbits I’ve discovered and how dark some of the shit Vault Tech has pulled is one of my favorite parts of the game) and traveling alongside Rocket (i.e., Dogmeat, but his real name is Rocket) feels like it’s become a past time.
Now, enter in Fallout 76 and introduce multiplayer, playing as one of the first people ever to leave the Vaults, 25 years after the bombs fell and a map four times as big as what’s in Fallout 4.
(That last bit is totally nerdgasm worthy.)
Overall, I’m really excited about this game, especially after watching this documentary from Noclip Documentary. I’ll admit, I’m kinda nervous about the multiplayer part–I would’ve been really nervous about it before I met my man, who is usually the one who plays online games with me. Before, I didn’t really play with anyone in online games like Destiny, which kinda takes the fun out of online gaming when you don’t have friends to play them with. But Bethesda is one of my topic studios, ever. They are releasing a game and taking risks with it?
Damn straight I’m signing up for that. 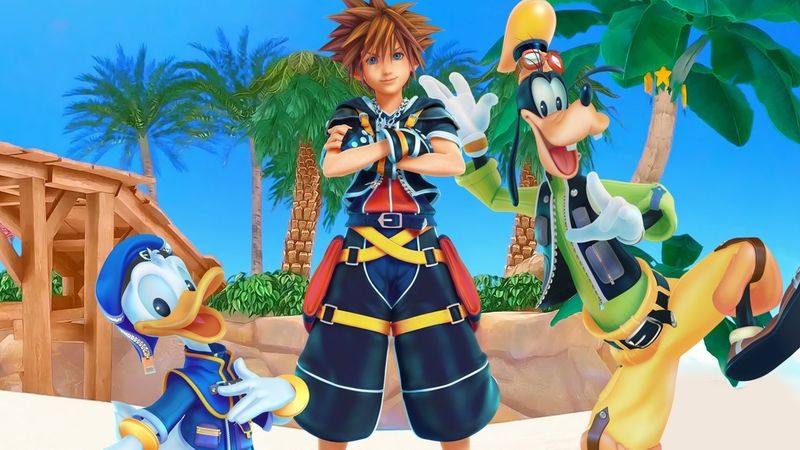 So, while it might not seem that way, after you read the rest of this piece, let me preface it with this: the Kingdom Hearts franchise is what got me into gaming in the first place. It’s childhood. It’s home.
Do I trust that the game is actually going to come out on it’s latest promised release date, the 25th of January in 2019?
Not even a little bit.
Perhaps that’s really cynical of me. But there has been just too much drama and wishing-washing between announcing it’s release and then pushing it back for me to trust Square Enix truly anymore. Don’t get me wrong: once this game is out, physically, in stores, you know I’m going to buy the hell out of that game. I can’t listen to the first notes of “Simple and Clean” without getting chills. I am slightly worried that the game might feel a little too…simple, I guess is the only way I can think to describe it? It was one of the very first games I’ve ever played and I loved it. But having already replayed it once, the last time I trusted that III was going to be in my hands soon–and, since first playing it, having moved on to great RPGs that have taken my heart and ensnared it completely–I’m worried that the nostalgia might not be enough, after waiting so long to play this game and finish out the story, because the mechanics of the gameplay are just a lot…simpler than what I’ve moved on to. Who knows, though. Perhaps after replaying the remastered previous two installments, I’ll be itching for three.
Only time will tell.

This honestly might be my most anticipated release yet (in conjunction with Fallout 76, I can’t pick, okay?), for one reason alone:
BioWare.
BioWare is my main jam. My number one company. The company that I will support no matter what, because they created Dragon Age and Mass Effect and I will be forever grateful and in love with both of those franchises (I mean, I don’t have a Grey Warden tattoo on my shoulder for kicks). I will admit that I’m pretty disappointed that Dragon Age 4 hasn’t been officially announced yet. I’m still reeling over the events of the Trespasser DLC and I’m basically just an impatient, ignorant fan at this point who just needs to be more understanding. I personally also want more Mass Effect. I know Andromeda didn’t get the best reception, but I liked it. Was it my least favorite within that universe? Easily. But did I dislike it so much that I believe BioWare shouldn’t continue the Mass Effect franchise?
Abso-fucking-lutely not.
All that being said, to get a completely new game from them is pretty excited. I’m slowly learning the details about the game and honestly, I haven’t gone searching too much to learn more about it. It’s a BioWare game. They already have my business on February 9th because I’m always game to try whatever they throw at me and I’ll always support this company. Plus, I like to be surprised and not know all the ends and outs of the games before they come out. I just hope that BioWare stays close to its roots, the aspect that makes me love them over everyone else: by telling truly compelling, deep and riveting stories and making me care about not only the character I play, but the companions I play with.
Oh and when double check the release date to put here, I noticed that they are considering adding romance in a future update, but not during the release date. BioWare staff, if you read this: ALWAYS INCLUDE THE ROMANCE.

Cyberpunk 2077
Release Date: In the future

This is another one that has certainly piqued my interest. I fell positively in love with CD Projekt Red’s Witcher: The Wild Hunt. I can’t tell you how my hours I’ve put into that game (and how excited I am to replay it and finally try out those DLCs). I’m also a huge fan of their Gwent standalone game, even if I’m shite at it and have no one to play it with, really. I’ve slowly been getting more and more into the sci-fi genre and a game as beautiful as this, by a company I respect and trust, that inspires already so many novel ideas that I can barely keep up?
Yeah, I’m all about this game, too. 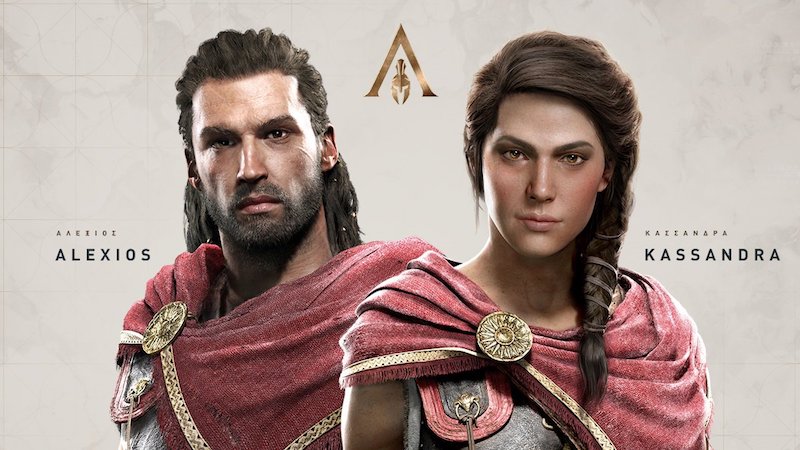 I’m positively stoked about this one.
Full disclosure: I’ve only played the first of the Assassin Creed games and I didn’t even beat it. Not because I didn’t like it. Life got in the way (you know how it goes). I enjoyed it a lot and it was a definitely a great comfort to me during a time when life wasn’t exactly grand. It also had the uncanny side effect of me analyzing all the buildings I noticed as I walked through campus and evaluating just exactly how I’d climb that. I’ve always meant to play the rest of the games, I just…haven’t, honestly.
But I’m definitely not missing this one.
I realize it’s completely different from the other games with the same title and honestly, it feels like they are simply using the AC brand to help get traction from the game, considering this one is an RPG where you can choose between the characters pictured above and then go exploring Greece. I’m not really bothered by them doing that, though. I just want to try out this game. I mean, there are romances (and I’m such a sucker for romances). Basically, it feels like it lines up more with all the games I’ve mentioned above, in terms of play style and elements within the game, so I’m not surprised how excited I actually am for this one (though I do hope they fix the whole words-spoken-don’t-match-with-speaking-animation-thing they had going on during their preview, because that was a little rough in my opinion). I’ve been itching for the next installment of the Elder Scrolls franchise before I realized that I’ve be itching for the next installment. The fact that they officially announced they are working on it gave my little nerdy heart perhaps a little too much joy. I’m very curious where it’s going to be set and though I know I release date is far off in the future, that it’s a thing that will exist is enough for me right now.
Oh, probably should apologize to my boyfriend’s hand, though. Pretty sure I almost broke it when I squeezed so hard in excitement when they announced it officially at the end of their session.
But then, Bethesda surprised us with introducing a new franchise: Starfield. We know hardly anything about it at this point, but honestly? I’m pretty much in the same boat about Bethesda as I am BioWare: if they make it, chances are, I’m buying it. And if there is a chance we can get a Skyrim or Fallout type game that is set in space?
Sign me up, Commander.

So, there you have it! A (quite lengthy) gush fest over all the games I’m really looking forward to, which you could also read as a reflection of how empty my wallet is going to be between October and February or how much of a social life I won’t be having in-between those months, as well. Are you excited for any of those games? Any that you’re surprised I’m not featuring here? Let me know in the comments below!
Cheers.