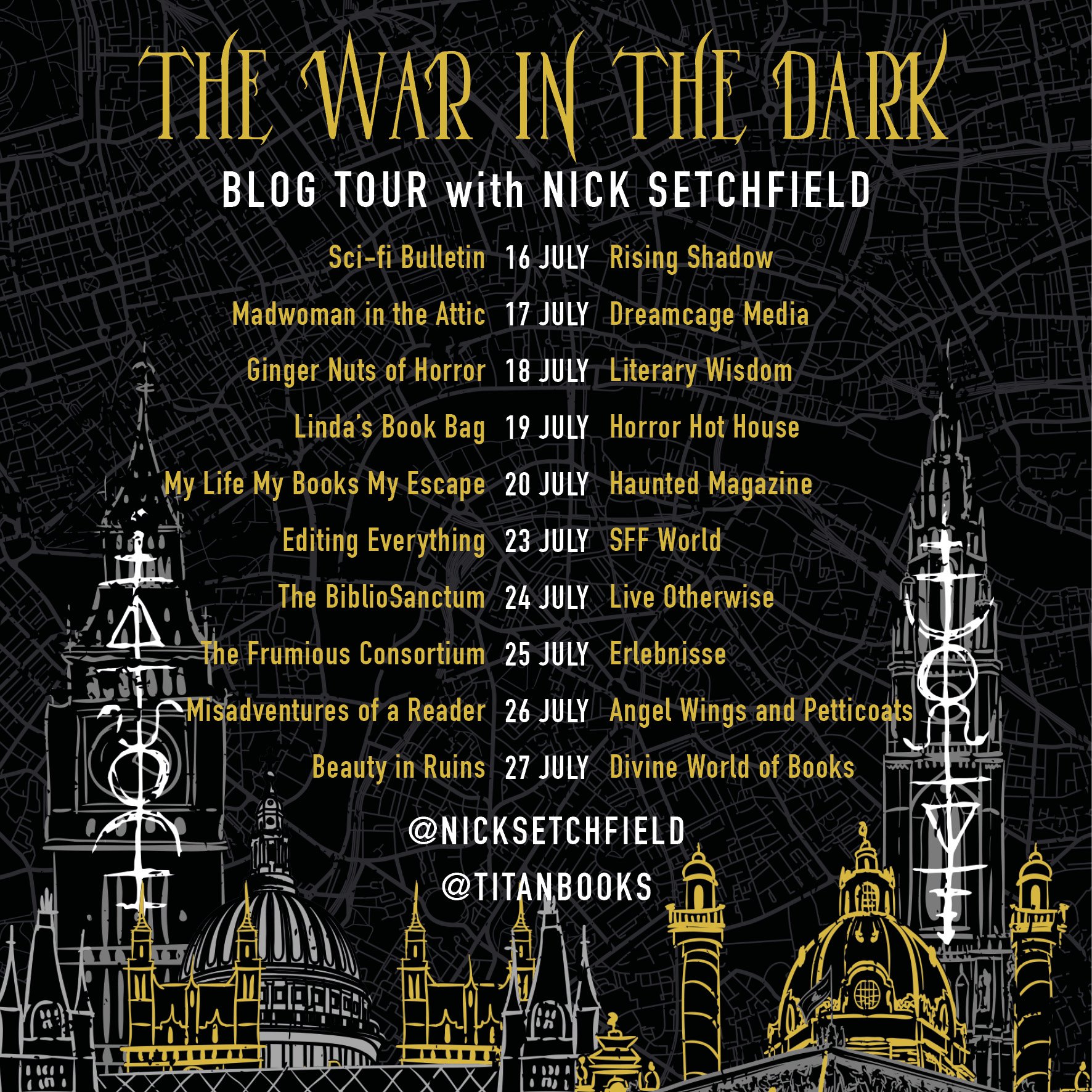 Welcome to my second ever guest post! This time, it’s one of the ending posts helping to wrap up the last few days of Nick Setchfield’s blog tour over his debut novel (*throws celebratory balloons*), The War in the Dark. If you haven’t checked out the rest of the amazing posts on this massive tour, ahead over to Titan’s twitter and check them out! But, now that you’re on this stop, you get a really special treat that, if you’re an aspiring writer, you definitely don’t want to miss.
Getting inside the authors head and learning some awesome writing advice.
So, without further ado, here’s Nick Setchfield bequeathing some writing wisdom upon all of us! *fistpump*

The idea at the heart of The War in the Dark came to me a long time ago. I won’t tell you what it is because I ended up deploying it as a twist, not a premise, and it waits for you now like a primed and vicious bear-trap, somewhere in the shadows. That primal spark of an idea stayed constant even as everything else changed around it: characters, settings, time periods, even the storytelling media I had in mind for it. At first it was going to power a comic book series. And then an urban fantasy novel, relocated to contemporary New York. Over the years other takes, other spins, orbited that nucleus. And then the idea of making it the core of  a ‘60s espionage tale finally freed it from my own, internal development hell. The context may have mutated out of all recognition but there’s a scene in the book that is, beat for beat, the first scene I ever thought of. So trust your ideas, but be prepared to let them evolve until they’re ready for the world. You’ll know when.

WRITING TIME IS A POCKET UNIVERSE
I was convinced I would never have time to write. Or at least no time to write anything as time-eating as a novel (books are apex predators – step into that ocean and they will come for you like the sleek and ravenous beasts they are, sensing your life in the water…). As the features editor of SFX my daylight hours are filled with words. I’m writing my own and I’m commissioning the words of others. Ideas for novels would come to me but I’d persuade myself I’d be too exhausted to ever sit down and put them on the page. But then I began to wonder if that was an instinctive defence mechanism against trying (full disclosure – I’m fundamentally lazy and I believe idle pottering is the supreme state of human existence). So I tried. And I found the time, just where I’d left it, and I ring-fenced those hours, each evening, and I kept that appointment with the chair. And yes, there were nights when it was as knackering as I’d always feared. But that time existed, I learned. It was there. It’s always there, like a pocket universe, and it’s a precious, finite resource, the best you have. Carve it out of the day with machetes and flame-throwers if you must, but use it.

WISDOM IS CONTAGIOUS
Writers love to give advice. But I don’t think it’s ego that drives that impulse. It’s a survival instinct for the species. In my day job I have the privilege of picking the brains of people I admire and sometimes, in the downtime after an interview, I’ve shamelessly asked for advice. And it’s been generously given, because writers are genetically hardwired to pass on the cleverness that was once passed on to them. Steven Moffat told me that the Doctor was the perfect narrative machine: he knows everything and dispenses exposition with so much charm that you never notice the gears moving beneath the script. But only Doctor Who stories have that gift of a character. What do the rest of us do? Look at Agatha Christie, said Moffat. Usually her final chapters are nothing but exposition. And by that point it’s an absolute banquet for the reader: they’ve been so starved of information that they pounce and they feast on every line of explanation that would have felt crushingly perfunctory in an earlier chapter. So ration exposition. Withhold exposition. Make the reader beg on their knees for exposition. That struck me as so simple, but so smart. And so I’m passing it on to you, now, for the continued good of the species.

YOUR CHARACTERS WILL ONLY TELL YOU WHAT YOU NEED TO KNOW
There were times I seriously regretted trying to tell a story about spies. They are, by their very nature, insular, self-possessed characters. They watch and they process and they internalise and they do not make small talk at parties. Karina Lazarova, my co-hero, is even less inclined to casual chit-chat than Christopher Winter (from Chapter 15: It wasn’t a companionable silence and yet it wasn’t a cold one, either. She struck him as someone who chose to conserve conversation like oxygen). Before I began writing this book a friend of mine asked “So who’s your female lead?” And I could only say “I don’t know. I haven’t met her yet.” I wasn’t being cute. Even now she hasn’t even told me her real name. In fact Karina raised an elegantly dismissive eyebrow when I considered writing a full biography for her, as some writing guides insist you must. But I listened to her, very closely, and she told me what I needed to know, and she told me that was all that I needed to know. And then I knew what she had to say, and why she would say it. Some characters whisper their true selves through the cracks in their armour.

EVERYTHING YOU LOVE IS VOLTAGE
James Bond. Indiana Jones. Harry Palmer. The films of Alfred Hitchcock. The dread-steeped stories of MR James. The soundtracks of John Barry. Ray Bradbury’s glorious word-grenades. The cobbles, mists and chattering wire-taps of Cold War espionage. The dog-eared nobility of airport paperback thrillers, with their creased spines and border-hopping plots. David Bowie’s spooky side. Emma Peel and Modesty Blaise and all their cool, deadly sisters. Fairytale woods. Haunted houses. Ghost trains. London, the French Riviera, the Skeleton Coast. The 1960s. All these things intoxicate me, and all of them made The War in the Dark. Inspirations are fuel, influences are electricity. What you love will power you. 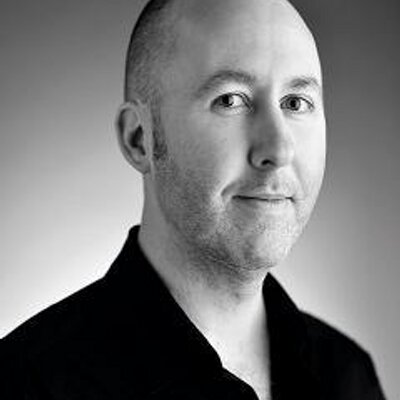 Nick Setchfield is a writer and features editor for SFX, Britain’s best-selling magazine of genre entertainment in film, TV and books. A regular contributing writer to Total Film, he’s also been a movie reviewer for the BBC and a scriptwriter for ITV’s Spitting Image. The War in the Dark is his first novel. He lives in Bath.
You can follow Nick on Twitter.
Read on!