Last Updated on September 14, 2017 by ThoughtsStained

My Mom and I just went on vacation. A two week long vacation. To London, England. Being from a little town in Kansas, that was a pretty epic flight, if I do say so myself. And just amazing to think about, in general, that we were even able to go, not to mention that after almost a year of planning, we actually did. And like a blink, now we’re back and reminiscing.
It’s crazy how life works like that.
So, for the followers who are interested in hearing about the trip, I thought I’d share some of my favorite highlights, though by no means is this list concluded with the few moments I picked out below.
Watching Much Ado About Nothing at Shakespeare’s Globe 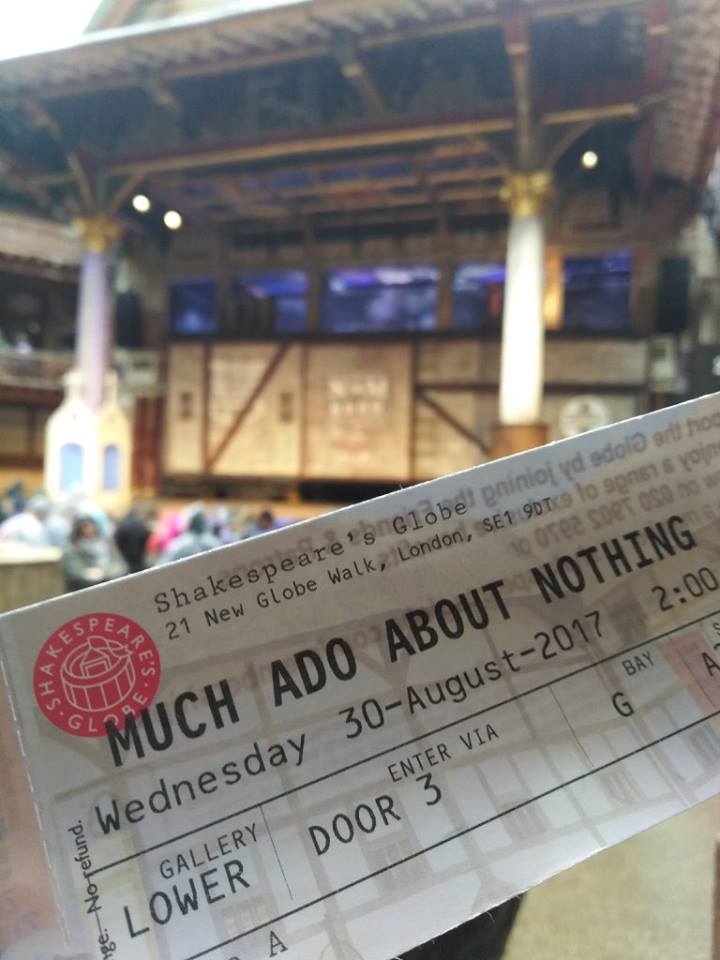 I think this might have been one of my most favorite memories from the trip, not to mention one of the most epic experiences EVER. We got to look around the Globe and the Thames even though it was raining and then got food at The Raven, the adjacent restaurant to the theatre. Personally, I wasn’t a big fan of the sandwich we split, but my Mom absolutely loved it. But nothing could curb my excitement to see this play, one that I’d read and watched the cinematic version in high school, but it’d been so long that I couldn’t remember the end. We got wonderful seats (front row), thanks to my Mom’s generosity. And the show itself was hilarious. The cast was fantastic, the set was gorgeous and they captured the audience so well. The first act was filled with laughter and wit and then, after the intermission, the environment was so still, to match the sudden somber mood. Yet we were laughing once more by the end and as soon as it was over, I just wanted to hit rewind and watch it all over again.
Oh, I also got some really awesome and nerdy Shakespeare merch, because who doesn’t want to do that?
Cathedral Close-Ups 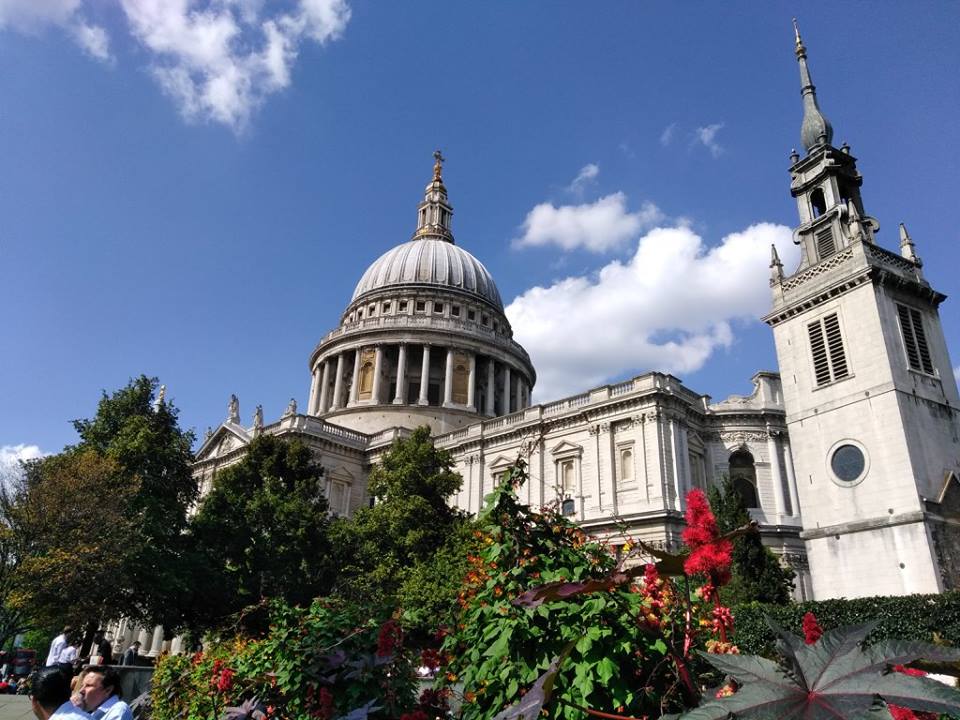 We got a chance to see probably half a dozen churches, including Southwark Cathedral, but we toured two of them: St. Paul’s and Westminster Abbey. I’d been to both once before, but seeing them again was incredible. I’ve always been privately spiritual, but nowhere in the world and no other time in the world did I feel closer to God than walking through the halls of St. Paul’s and Westminster. We didn’t get to make it to a service, regrettably, but seeing those places again was a dream.
Reunions and New Faces
On top of doing all the touristy things you gotta do (and I’m pretty proud how many we were able to cross off the list), we also managed to sneak in a few get together’s with some of my friends, which was incredible. We met up with two friends from college who I met while they were studying abroad in America during my sophomore year of college; both of whom I became very close with and hated seeing them leave five years ago, assuming I’d never see them again. So it was pretty incredible to get to see both of them and catch up.
Then, we also met one of my FELLOW MUSES in person, which was pretty dang incredible and a wonderful way to end the trip. But honestly, I wish our two hour dinner could have turned into a weekend-long affair, because I could have talked with her for hours. It’s always amazing to not only know a kindred spirit, but to actually get to meet them and have your soul rekindled by their presence and their passion for writing? Yeah, that’s amazing, too.
Finding a Dragon
We took a day trip to Oxford, which included touring the Oxford Castle. Of course, every good tourist attraction has a shop and this shop was particularly fantastic, considering the medieval bent of its merch. But it was at this shop that I found a huge pile of dragon plushies, ranging in size and color.
And it was there that I found Ember. 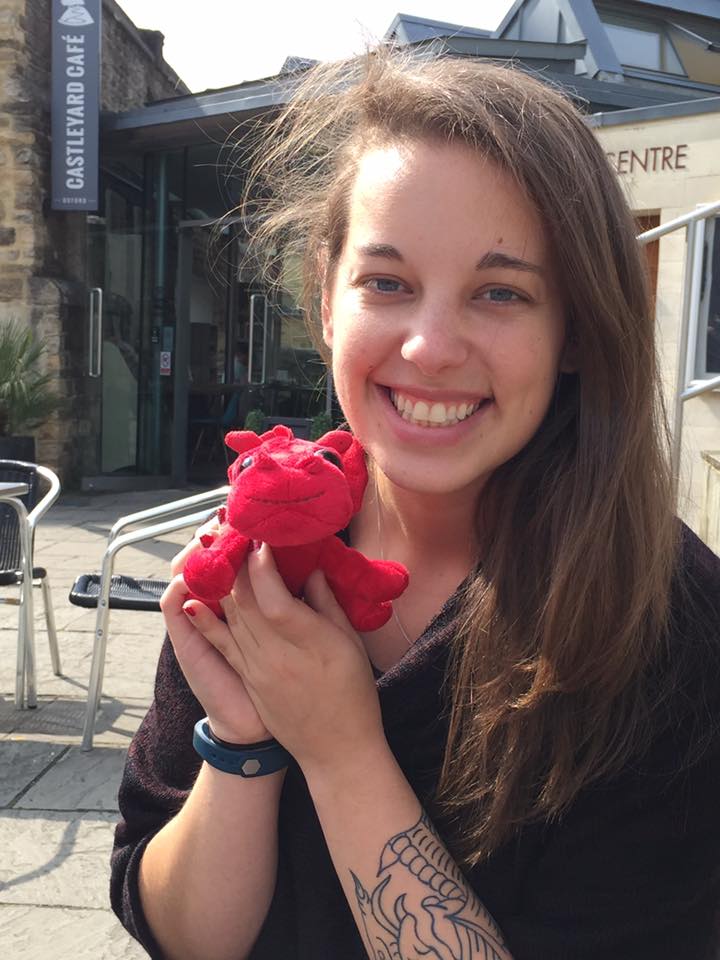 I know it’s stupid, but I’m seriously in love with the little guy.
Strawberry Tarts and Chocolate Eclairs
We did a ton of other things, aside from the highlights listed above. And all of it was incredible, even battling the sore feet, dozens of miles, roller-coaster moods, culture shock and missing home. But even with everything else combined, none of it compares to my absolute, hands down, favorite aspect of the trip.
The desserts.
But not the desserts themselves. 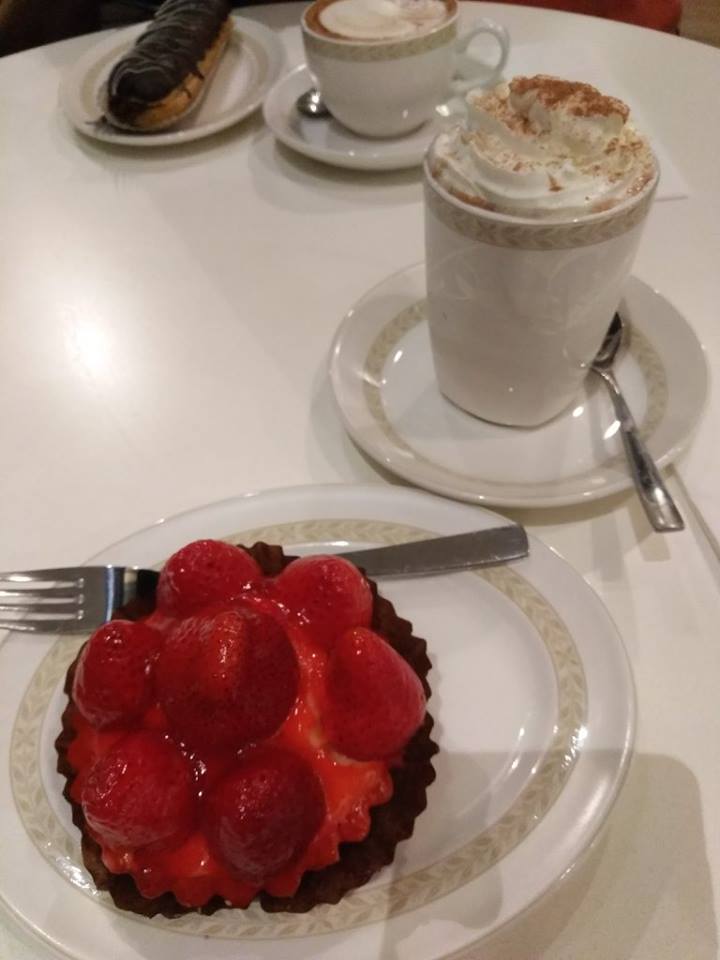 Most evenings, my Mom and I would find a little pastry shop somewhere near our hotel and we’d get pastries and coffee (or hot chocolate, for this weirdo who doesn’t drink coffee). And we’d indulge. But more than that, we’d talk. About what we did that day, what we were looking forward to the next day. About our lives back home, our jobs, our stresses, writing, the past, relationships, mistakes, regrets, dreams; everything we could think of, often repeating topics (thanks to me and my overthinking, usually), but always late into the night. Just uninterrupted, quality conversations together.
And that was the best part of the trip. Hands down.
I can’t wait for the next one, for that exact same reason.
Cheers.