Title: Out of Nowhere

Blurb: Healer Sean Danet is immortal—a fact he has cloaked for centuries, behind enemy lines and now a paramedic’s uniform. Having forgotten most of his distant past, he has finally found peace—and love.

But there are some things you cannot escape, however much distance you put behind you.
When Sean heals the wrong man, he uncovers a lethal enemy who holds all the cards. And this time he can’t run. It’s time to stand and fight, for himself, for his friends, for the woman he loves. It’s time, finally, for Sean to face his past—and choose a future.
A story of love, of battle—and of facing your true self when there’s nowhere left to hide.

Finally, the day has come.
As of this moment, I’ve officially passed Out of Nowhere by Patrick LeClerc on to The Affiliates, as my contender for the potential finalist of our group.
I won’t lie to you: I wasn’t expecting an urban fantasy to become my top semi-finalist. Honestly, I probably should have, considering my reading habits lately. I have been on an epic fantasy binge for…a year, now? I think the last urban fantasy I read for fun was Hot Lead, Cold Iron by Ari Marmell and that was…a few years ago, if I can remember correctly. I loved that book and it reminded me how much I should read more urban fantasy.
Out of Nowhere reminded me of Hot Lead, Cold Iron.
It was a refreshing change and cleanser from my epic fantasy obsessed palette.
It had the magic elements, intricately woven it yet made to feel like it was just a natural part of the world and not something completely otherworldly (even though it was and Sean knew it, trying to keep his healing abilities secret for as long as he could). It mixed in elements of mystery, of intrigue and most definitely of thriller as we start to follow Sean during his every day life as a paramedic before he helps fix a patient’s ankle that, in an unfortunate turn of events, turns his life completely upside down. It had elements of romance with plenty of steam (though personally, I wouldn’t have minded even a little more), something that a lot of the books in my batch didn’t incorporate, which kind of surprised me. It had a really fun cast of characters that I definitely enjoyed, from our main protagonist to his love interest (who isn’t just a beautiful bimbo, which I most certainly appreciated) to all of his friends at the hospital. I thought the lore was really fun and the family feuds a nice touch. 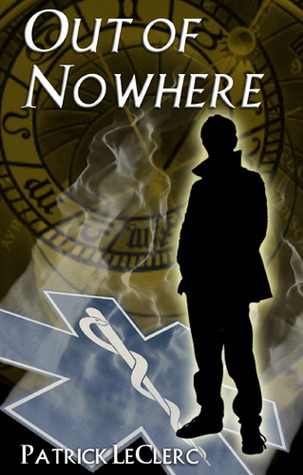 There was a lot I enjoyed about this book (as you might be able to tell). Aside from the fast pace and the characters, I think there were two other elements that I loved in particular. The first was how easy it was to read and how effortless it felt. I remember glancing down to see how much time I had until my dinner break, realizing that I was already ten minutes late and had already read over 100 pages of this book. But I felt like I’d just started. The other element was the attention to minor details to describe the scene. As a Tolkien lover, I’m always a fan of details. The more, the better. But I loved the way in which the scenes were described, highlighting details I wouldn’t have expected to help pack a punch and add an entire additional layer of realism. Like walking into a room and noticing a “calendar six months out of date,” for example. On top of that, I also thought the voice was really, really spot on and it made it easy to get lost in.
Oh and a book that can make my heart hammer (looking at you, twist on page 110) and include puns that make me grin will always be a win in my book.
Although I loved practically everything in this book, there was one element that I wasn’t the biggest fan of. The characters themselves brought up sex a lot. Don’t get me wrong: I like my romance steamy and I don’t mind reading about sex at all. But sometimes, when the characters would talk about it randomly, during their breaks or as part of filler conversation between patients, it just felt…off, a bit? Like, I didn’t understand why that seemed to be one of the only things they talked about it out of all the topics in the world. I also could have done a little less with the objectification of Nique, too. She has a hot bod, cool. No need to bring it up with the introduction of every new character.
So, of course, this book wasn’t without it’s faults. But I also read this book in practically one sitting and couldn’t believe how fast it flew. Or how many times I’ve thought about trying to get more urban fantasy into my reading game. Or how much I just…got lost in this book and enjoyed it for an afternoon, kinda forgetting I was reading it for a contest.
For that, and so many other reasons detailed throughout this review, is why Out of Nowhere is my last semi-finalist standing.
Stay tuned to this space to see if it makes it as a finalist.
Read on!