Only two more posts (after this one) before all of my initial responses have been shared and my first fifteen books have been cut from my Tester Tester or my “round one”! We are almost there! On top of slowly updating these posts, I’ve read four of the books from my “second round” and am about to start my fifth. And, three weeks from today (October 7th), I’ll continue cutting, probably sharing one book a week until we get to mid-November, before I’ll share my semi-finalists and my finalist!

Title: Twin Time
Author: Olga and Christopher Werby
Published: August 2019
Amount Read: 50 of 606 pages (8%)
Rating: 2 out of 5 gems
Blurb: Alex and Sasha are twin sisters, physically identical down to their freckles. But the resemblance is only skin deep-Sasha is profoundly autistic, while Alex is not. Sasha can’t communicate and acts bizarrely, and the family revolves around her and her intense needs. Yet the aged, wealthy, and mysterious Aunt Nana seems to have a particular interest in both girls. Offering a helping hand, she encourages the family to move to San Francisco to be near her. And when the young twins discover a tunnel in Nana’s tool shed, it leads them on a journey across the world and back 100 years in time. The tunnel is a pathway to the Firebird Estate, the home of their ancestors, located in rural Russia at the beginning of the twentieth century. Even more remarkable, through the effect that twisting time has on cognition, Sasha is not autistic when she’s at the Firebird Estate. Now, growing up in two strikingly different times and places, the twins must face their separate destinies among the ravages of the incipient Russian Revolution. Can they save their families on both sides of the tunnel? Can they simultaneously stay true to their own hearts, to each other, and to the people they left behind? Each sister must face her own personal challenge-but only together can they discover their own future within their family’s past.

This was an unfortunate case of, “It’s not you, it’s me.” The writing was pretty decent and I thought the Russian influences–especially with being set during the Bolshevik Revolution, a time period that has always fascinated me–to be really intriguing, so I was definitely curious about this novel going in. However, there were quite a few time jumps between past and present in the sections that I read, so I didn’t feel like I could truly understand what was going on, before we start messing with time. I also would have liked it to be more in-scene, instead of feeling like an outsider, looking in. Also, the repetition of full names was a little unnecessary. Trust your readers to remember who is who! And, totally my personal opinion, but I found the insertion of pictures was a little jarring, instead of helpful.

If you’re looking for a story with a strong family element and Russian influences, I think you should give this novel a try! I think it shows a lot of promise, but it wasn’t enough to ensnare me completely enough to want to continue reading. 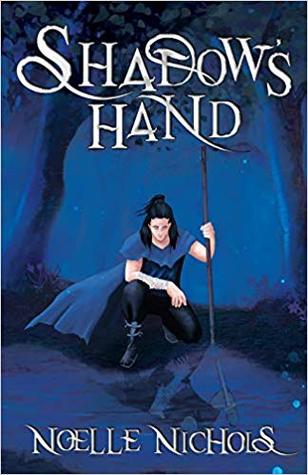 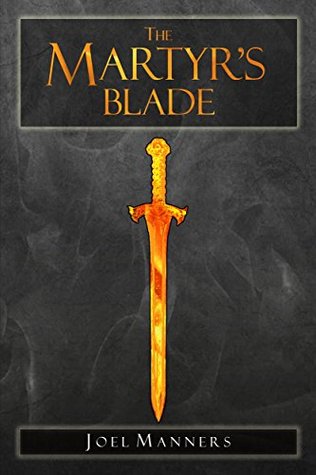 Title: The Martyr’s Blave
Author: Joel Manners
Published: February 2016
Amount Read:  TBD
Rating: TBD
Blurb: When a series of gruesome rituals are discovered in the icy hinterlands of Albyn, three of the realm’s most storied guardians are sent to track down and bring those responsible to justice.

As mentioned before, a full review will come both of these books later, as my interest was piqued enough to continue reading. For Shadow’s Hand, the magic was intriguing enough to keep me reading, despite questioning some other elements, so it’s going to the next round. For The Martyr’s Blade, I honestly almost cut this one, because I’m just not sure if the writing is for me, but I also wanted to know what happened next? So it’s surviving so far! Like the others, in this second round, I’ll continue reading until I decide it’s not my finalist or finish it!

And there’s my next one cut and next two books moving forward (not a semi-finalist yet, mind, but still in the running to become one). Check back on this space next Monday to see the fate of my next three books! Only six books to go!