Happy Monday! And Labor Day, to those in the States! I hope you all enjoyed your three day weekend, those who were lucky enough to have one. As promised, the fates for the next three books in my SPFBO 5 batch are being revealed today. If you’re confused what I’m talking about, you can check out the details here. If you’re confused on what SPFBO even is, you can read my post here.

I wrote this post on Sunday because hopefully while you’re reading this (if you’re reading it on a Monday, that is), I’ll be hanging out with the family and tiring out our puppy. Commiserates to the fallen and congrats to the next book to survive the first cull!

Wales, 650 A.D. Maria thirsts for blood but longs for peace. When her latest meal accidentally bites the dust, the imperial Roman vampire draws the attention of a ruthless witch hunt. Cornered and outnumbered, a Celtic goddess intervenes… but Maria is destined to become Britain’s new champion.

Nursed to health by an alluring druidess, Maria’s strength increases, along with an unfamiliar desire for the beautiful caretaker. But with Witch Hunters hot on her trail, roving shifters terrifying the countryside, and Welsh lords warring over their fractured nation, the vampire has no choice but to act. As her short recovery time ends, her dangerous fight has only just begun…

After centuries of hiding in the shadows, can Maria stand in the light and battle to reunify Britain?

This is another book that I was pretty bummed I didn’t end up enjoying, because medieval Britain is my jam and I used to love reading about (and writing about) vampires. But the writing ended up being not for me.

First, I was a little put off getting the pronunciation guide and mailing list subscription and other extras at the front of the book, but only because it took me almost 15 pages before I finally got to get into the story, and I’d rather get all that information at the end. Then, we start off with our vampire getting assistance from a Captain who won’t stop pressing his advances even though she obviously isn’t going to succumb or give into them, which was both annoying and then made me wonder why he continued to help her at all, when he obviously only wanted one thing that he wasn’t getting?

So I was a little confused, but then, throughout the first 50 pages, we get a lot of repetition in the information being presented, conflicting info or information that is unnecessary, like a vampire telling us she’s dead. Repeatedly. I just didn’t really connect with her or the writing. Also, would have liked a little diversity in the choice of curse words, because having the same curse word repeatedly on every page can get a little bit grating.

If you’re looking to get back in vampires–or never fell out of love with them–then I recommend giving this series a look and seeing out if fares for you! Unfortunately, the writing just wasn’t captivating enough to keep my interest. 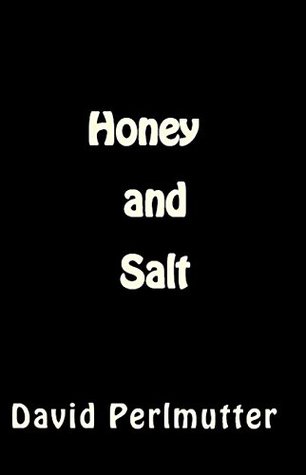 Title: Honey and Salt
Author: David Perlmutter
Published: July 2017
Amount Read: 50 out of 185 pages (27%)
Rating: 1 out of 5 gems
Blurb: Bravery comes in all forms: fighting bullies and fighting your own demons.

Honey and Salt is a superhero novella that will draw you in the just fight of a few super heroines. The story is packed with action and humor.

Their quest against evil superheroes and against their own weaknesses is refreshing. You can identify with them and embrace their battles.

Rousing fantasy action with amazing young girls ready to fight for justice and for the oppressed.

If you enjoy a good action with an unusual plot, then this is the book for you.

Unfortunately, this book really just wasn’t for me. I am one of those people who judges a book off it’s cover and well…this cover just made me feel like the author isn’t going to put a lot of work into the inside of the book if the cover is just the title’s text and their name (and it isn’t even centered text, at the very least). Of course, I can never know the intentions or the rationale behind why a cover is chosen, but authors: if you’re going to publish, a good cover is really, really important.

On top of that, the formatting was just…off, with a weird spacing issue between paragraphs that made it very jarring to read. A heavy use of italics made the format lose any extra weight it usually adds, with a heavy reliance on the ellipsis used as a transition piece, which…isn’t what it’s meant for.

This is also a superhero story and I’m not really the audience for superhero stories, sad to say. Occasionally, one does surprise me and capture my interest (and I love them on screen), but in books, it usually takes a lot for me to become invested. I wanted this to be more in-scene, because with the way it’s written and the way it’s told, there is a lot of jumping around and not a lot of clarity, so I had a hard time figuring out exactly what was going on and where we were going, even after reading a 1/4th of the book.

If you’re a fan of superhero stories with a MG/YA tone, this might catch your interest! It just didn’t hold mine, unfortunately. 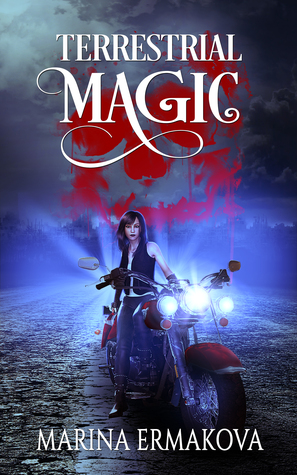 Title: Terrestrial Magic
Author: Marina Ermakova
Published: January 2019
Amount Read: TBD
Rating: TBD
Blurb: Most sensible people avoid fire-breathing carnivores that prey on humans. But Jordan has built a career out of studying such legendary animals, creatures thought mythological until their reemergence in the world three decades ago. She and researchers like her believe that knowledge is the key to reclaiming the land they’d lost back then, when humanity retreated into designated safety zones.

As mentioned before, a full review will come for this book later, as it’s piqued my interested enough to continue reading it. This is one of those books where, as I was reading, I completely forgot to take any notes at all, I was so enamored by the voice and curious what was going to happen next. I’m hoping that’ll continue when I pick it back up and continue reading this book until I decide it’s not my finalist or finish it!