Title: Symphony of the Wind

Blurb: A bounty hunter with a death wish. A girl with fearsome powers. A kingdom on the brink of destruction.

Serena dreams of leaving her harsh desert home behind in her very own airship. But when an assassin’s knife meant for Serena kills her friend instead, the rebellious orphan ventures into the corrupt heart of Dalthea to discover who put a price on her head. With each new turn, she edges closer to uncovering the awful truth… And the mystical powers brewing deep within her.
After his fiancée’s death, soldier-turned-bounty hunter Tyson Gallows is eager to sacrifice his life in the line of duty. When a foreign enemy assassinates a high-ranking official, he vows to bring them to justice. On the hunt for a killer, Gallows exposes a sinister plot that proves his fiancée’s death was no accident.
Driven by revenge, Serena and Gallows must join forces to take down the conspiracy before the kingdom falls to ruin.
Symphony of the Wind is the first book in a gritty epic fantasy trilogy. If you like hardened heroes, steampunk airships, and dark magic and monsters, then you’ll love Steven McKinnon’s visceral adventure.

If you’re part of the SPFBO community, you know that this review was meant to go live last Friday, but your girl got sick the week after I started reading Symphony of the Wind by Steven McKinnon, and that derailed my plans a bit. But, after playing a lot of catch-up, I finished the book earlier today and have been able to get this review ready to go for you all! Thanks, first of all, for everyone’s patience.
So, Symphony of the Wind.
To sum it up quickly, it’s a book that I thoroughly enjoyed, but I still do have some issues with it that made me not fall completely head over heels in love with it. Did I enjoy it enough to where I’d buy the sequel once it comes out and keep McKinnon on my radar? Oh, absolutely. I feel he’s an author who is only going to continue to improve the more books he writes and I definitely want to continue reading his books and supporting him. So make no mistake about that.
Let’s start with the positives. What did I like? The fact that this was a rollicking steampunk adventure, that’s what. I love the steampunk genre (though, admittedly, I haven’t read very much of it and most of those books have been steampunk romances), so getting to read another book within that realm was definitely my cup of tea. I loved having a wide range of characters to form different opinions towards and attachments to and I thought the worldbuilding, on the whole, was pretty solid (the water-rationing aspect of society was intense and really made me think, so I really liked that). Serena and Gallows were my favorite characters, by far, and I thought the tone of the book, as well as the distinct voices of the characters, really stood out. Solid writing, too. Very solid.
Now, before I get into some of the bits that kept this novel from being an a 9 for me, score wise, I do need to offer a little bit of background knowledge. So, I receive a free ebook copy, thanks to being a judge for SPFBO, for this contest (and I appreciate it utterly!). I normally don’t read electronically. Like, ever. I much prefer print. As such, I downloaded a free ereader app to read these books, since I don’t own a Kindle. I also had to download it at my computer at work, since my computer at home…couldn’t handle it, because it’s so old and I don’t like using my phone for that kind of stuff. 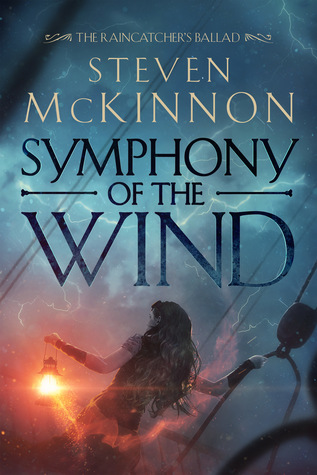 So I only have time to read these books in spurts during my dinner breaks throughout the week. I say this because I think it had a hand in some critiques that I formed, especially since I started the book and got 100 pages in before getting sick for a week and not able to read it, before picking it back up again. Because of that lapse in time and the fact that I had to read it in shorter spurts, I never really got truly get settled into it (as I prefer to read in longer chunks) and I started to get the characters a bit confused, because there were a lot of POV characters. I realize that one is a bit on me, but unfortunately, it still influenced my reading, as your environment always does.
In that same vein, I think the book was trying to do too much within one novel, personally. There were a lot of awesome plotlines going and they all do intertwine by the end, but there is so much going on, I struggled a little bit to keep track, so I think some of the “reveal” moments were lost on me, since I couldn’t remember which character it pertained to and which plotline it tied into–especially since there were so many different POVs and, sometimes, we wouldn’t return to a POV for 100s of pages, which felt too long of an absence for me.
Personally, I think I would have enjoyed this book more if it was split into two books, spreading the plotlines out a bit more, lessening the number of POVs we had to keep track of and thus allowing us to spend more time worldbuilding within this really amazing world that I’m just so darn curious about. Because I definitely wanted to learn more about it. I also wanted POVs to be longer, instead of having shorter POV chunks before switching to another POV, often switching between multiple POVs in one chapter. But that is a stylistic choice that just didn’t work for me personally, but I could so others loving it, so don’t hesitate to give this book a shot if it sounds up your highly (and I definitely recommend it).
Oh, wait! I forgot something positive that I seriously LOVED.
Chapter 39.
Shit, talk about fantastic writing, character development and bringing something full circle. That was masterfully done and probably my favorite chapter in the entire novel. I got chills once the implications dawned on me.
Anyway, this review is getting a little on the longer side, so I’ll wrap up. I think Symphony of the Wind is truly a quality novel. I really enjoyed the story, characters and world, and I’m super curious to see what happens next. Unfortunately, there were just a few things that made me not fall completely in love with this story (and some of them are self-inflicted, I am fully aware of that) but that doesn’t mean I didn’t still enjoy reading it (because I did) or that I don’t plan on reading the sequel (I do!). Whenever the sequel comes out, I look forward to reading a paperback copy at my leisure and seeing what adventures they go on next.
Read on!