So, we all know I love books and I love writing and I love video games, but is everyone aware of my three hellions I call my children who rule my household with an iron paw and the bat of the puppy-dog-eyes? Well, I stumbled upon this tag over at The Lexington Bookie a while ago and I KNEW I couldn’t resist doing a tag all about the pets, so be prepared to be onslaughted with pet pics!

So, we have three pets! They are: 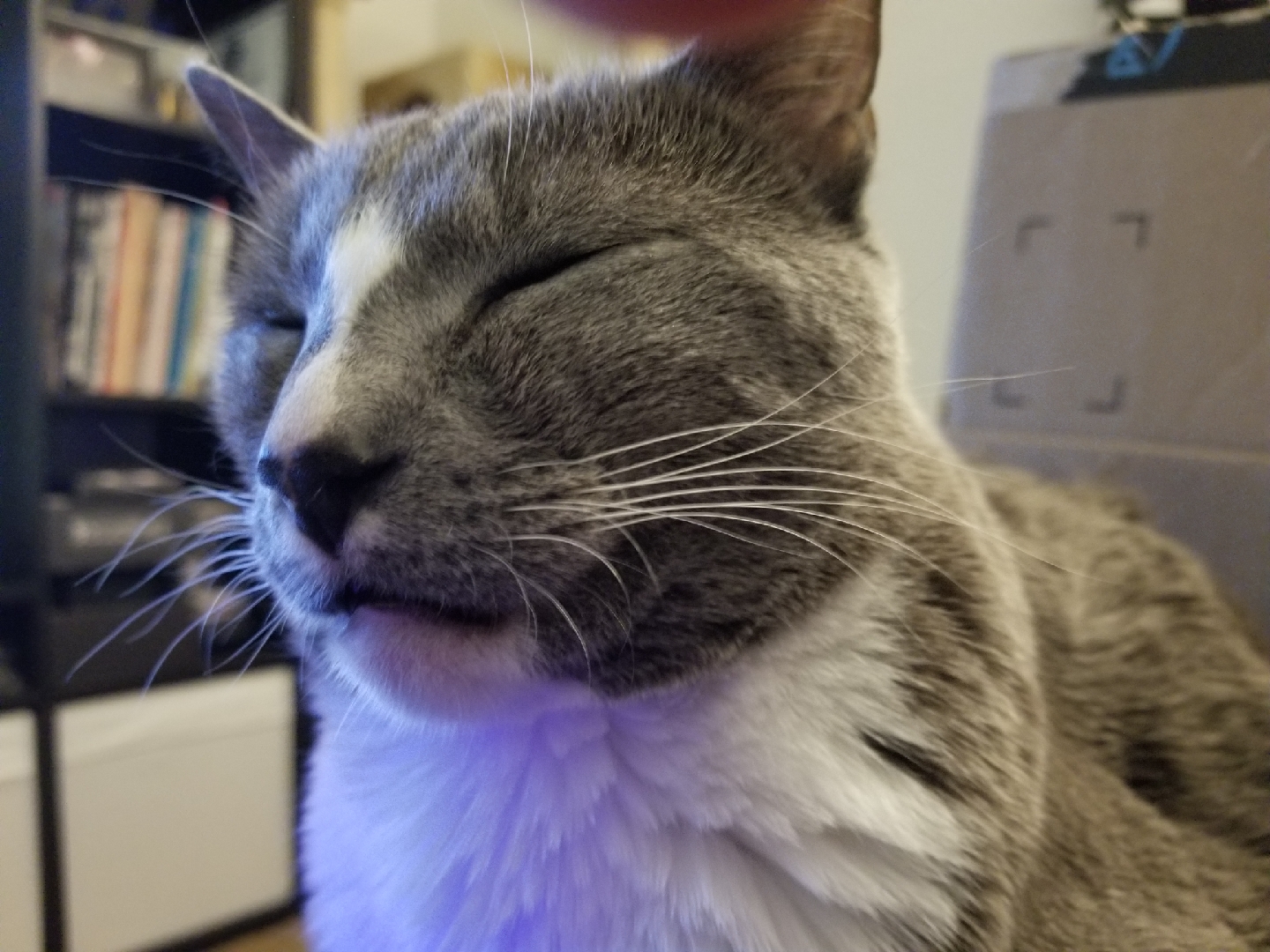 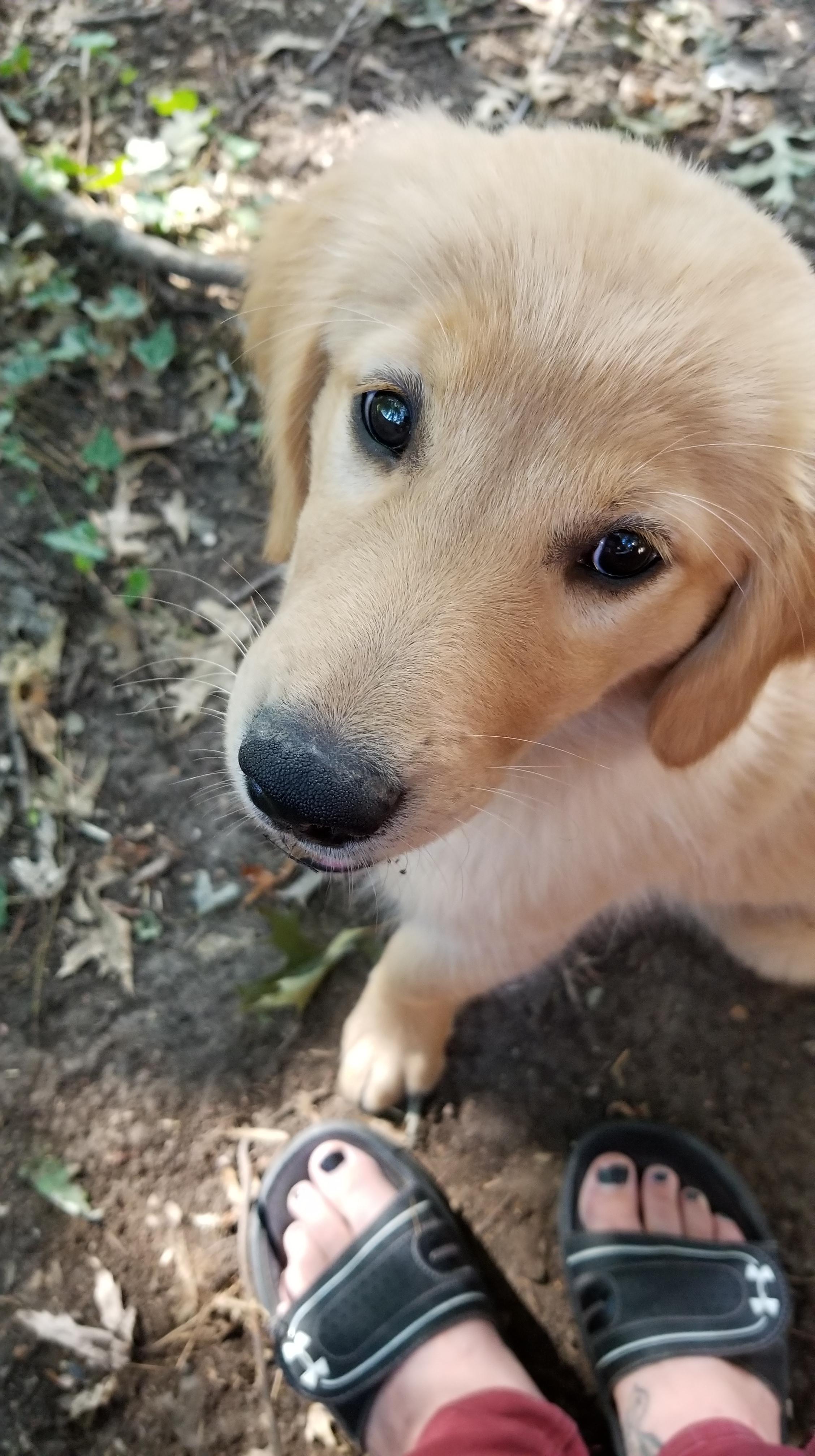 2. What kind of pet are they, and what breed?

Sasha and Flynn are both cats–and siblings!–and are Russian Blues. 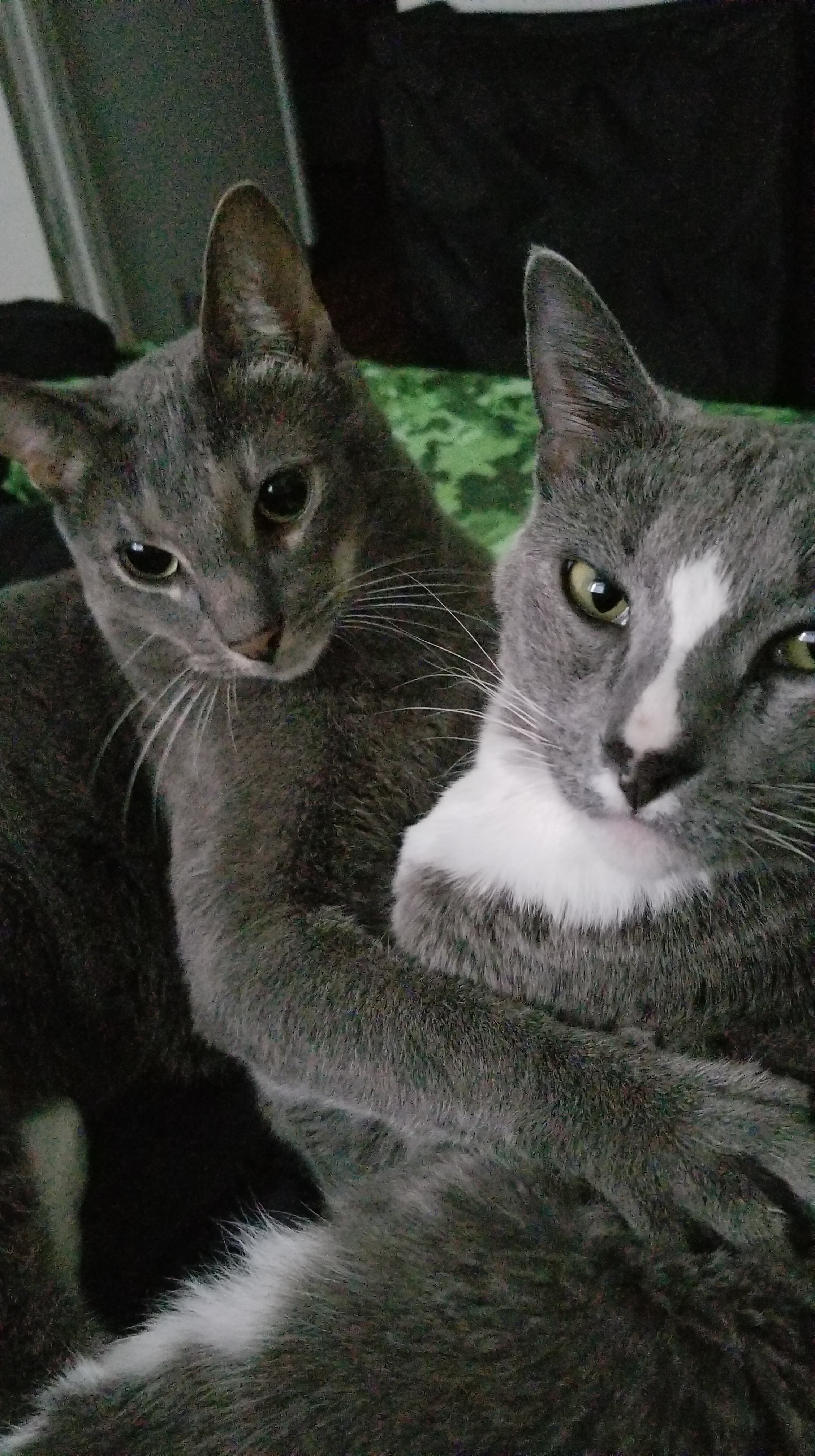 Dovahkiin is a doggo (but right now, she’s a pupper, because she’s smol and still a baby) and she’s a golden retriever! 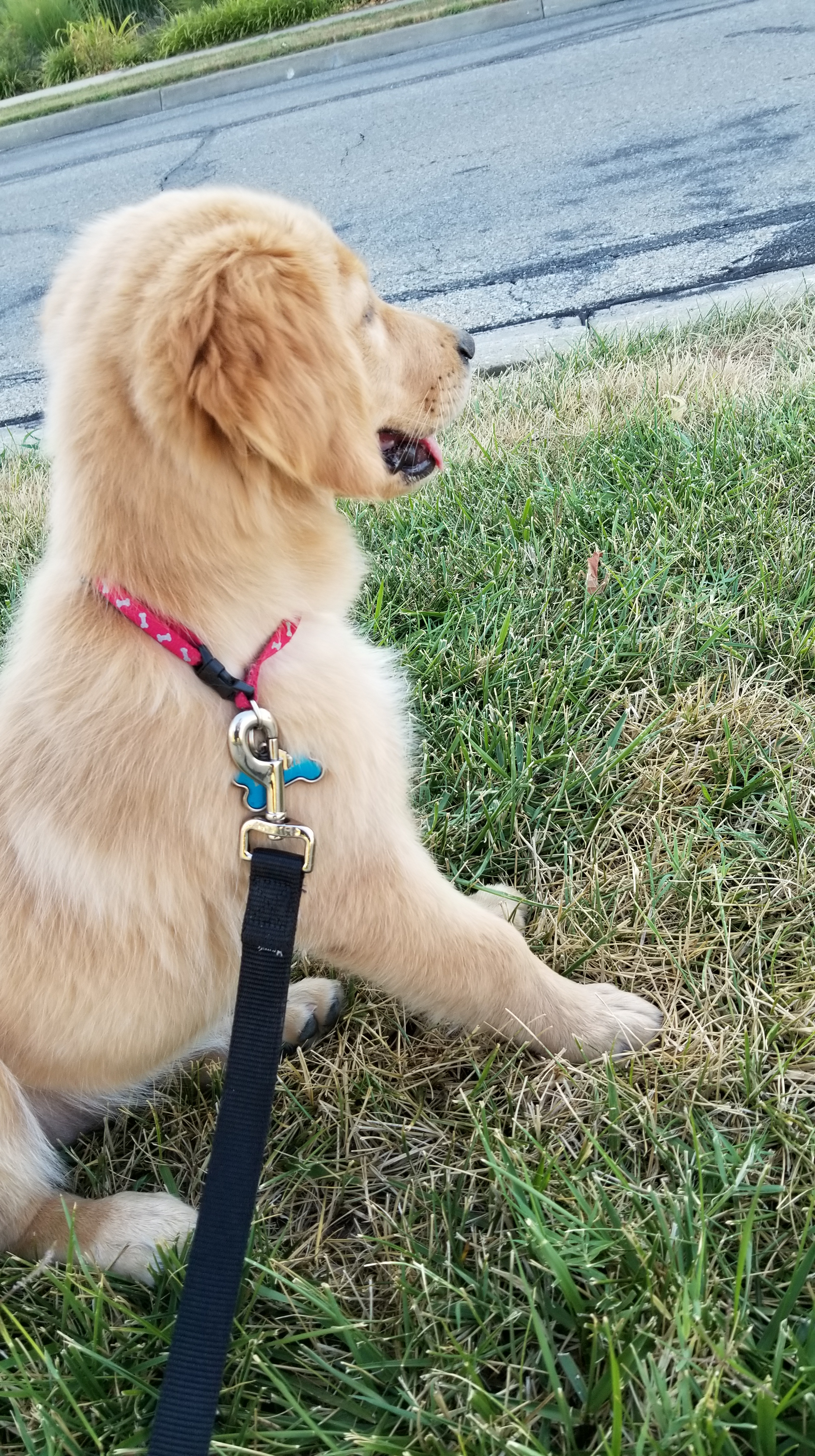 3. How long have you had your pet friends?

Dovahkiin, we’ve had for about six weeks, now! She’s the newest addiction to the family, whereas Sasha and Flynn? I dunno, I think, like, a few centuries or something close to (we think they are four, maybe five years old, but the babe can’t remember how long ago he got them and they are going to outlive us, anyway). 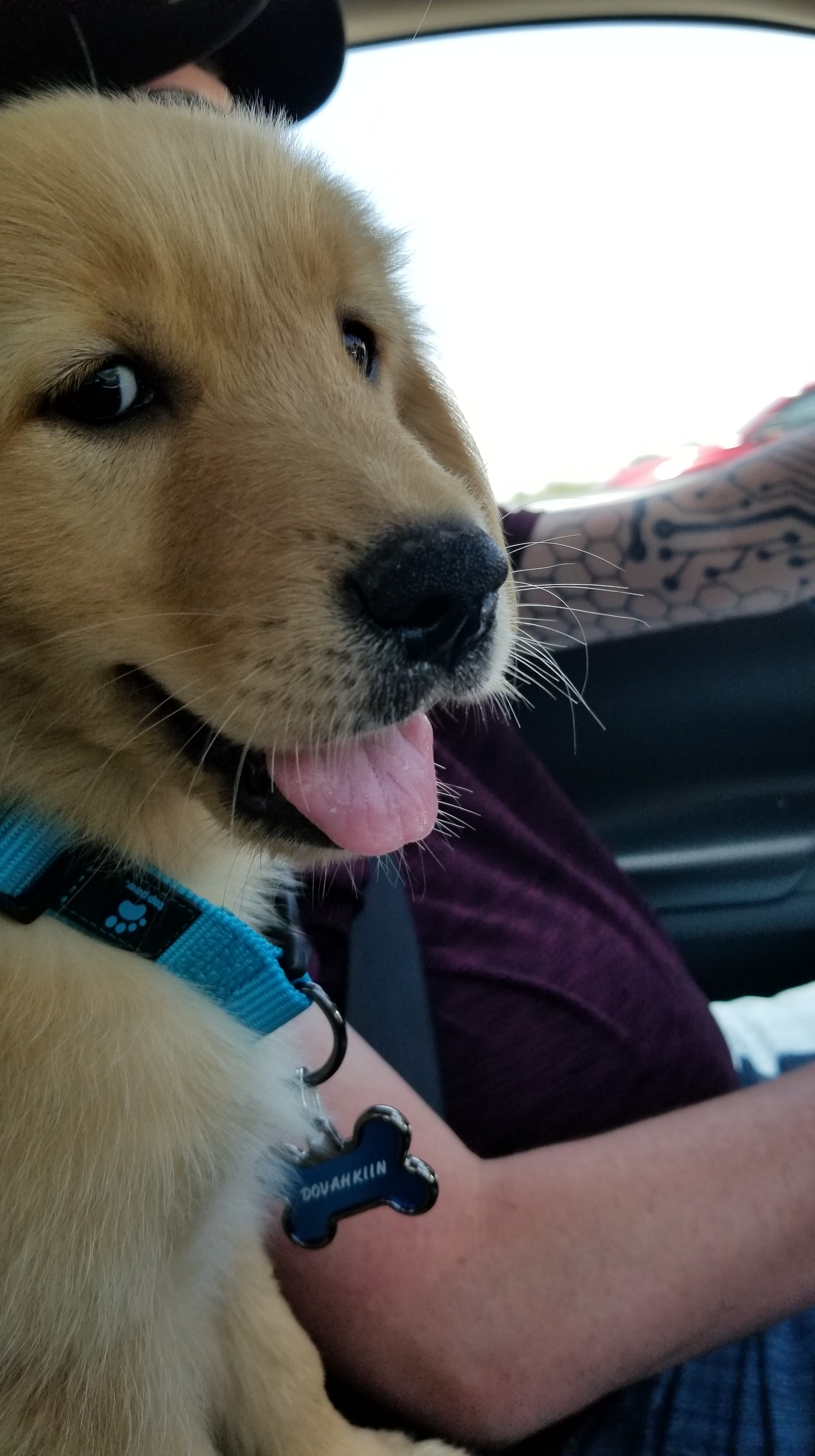 The cats adopted me after their dad fell in love with me and wanted me to stick around, so then I suddenly had to learn what cats were (and boy, talk about a learning curve from someone who was scared to pet cats half of the time). Then, I interrupted all of their lives when I pronounced myself Dog Lover™ and, once we were in a living situation that warranted it, I convinced them all to bring a puppy into our lives.

So far, two of them still hate me for it.

Sasha: Old enough to steal the ham out of my sandwich

Flynn: Young enough to have me constantly tripping over him at every step

6. What are some quirky things about your pets personality?

Sasha hated me for the first, eh, half a year that I lived with them. She refused to use the liter box once I started to spend the night there and once I moved in? Oh boy, there was another woman in the queen’s territory and I had a lot of begging and groveling to do before she’d accept me as her new vassal. But she LOVES to cuddle, on her terms, and likes to walk up to your feet, fall over in front of you and demand tummy rubs, which she’ll wrap her paws around and hug your entire arm while you give. The ultimate human food thief. 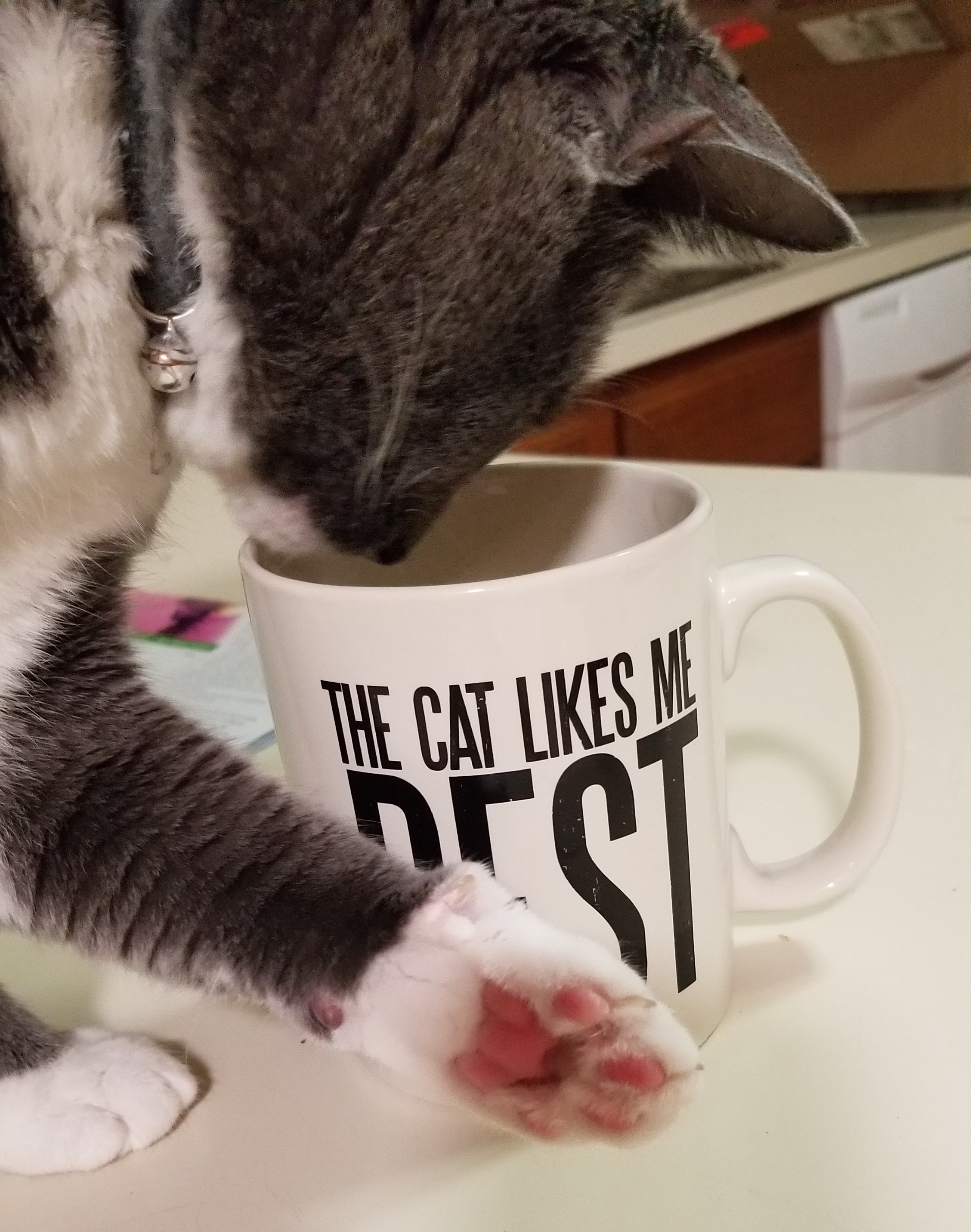 Flynn warmed up to me right away and, if I’m sitting somewhere, he’s usually on top of my lap and digging his claws into my thigh nanoseconds after. I swear he’s auditioning for Cats or some such nonsense, because he knows the song of his people by heart and he sings it. Often. But he really loves his mouse toy (and drowning them), hides whenever someone new shows up, LOVES boxes and follows me around as a chaperoning escort 99% of the time.

Dovah is still learning her personality (and so are we!) but she is very, very active and very, very loud. She LOVES to play and wishes more doggos would come over so she could play with them. Going for walks is one of her favorite things and she loves to chase the leaves, eat crickets and splash through puddles. She slips a lot on the hardwood floors and really likes to chase around the laser pointer and play fetch. She has the most adorable face on the planet and, even though she has been really challenging and a wake up call for me, I’m excited for all of our future adventures. 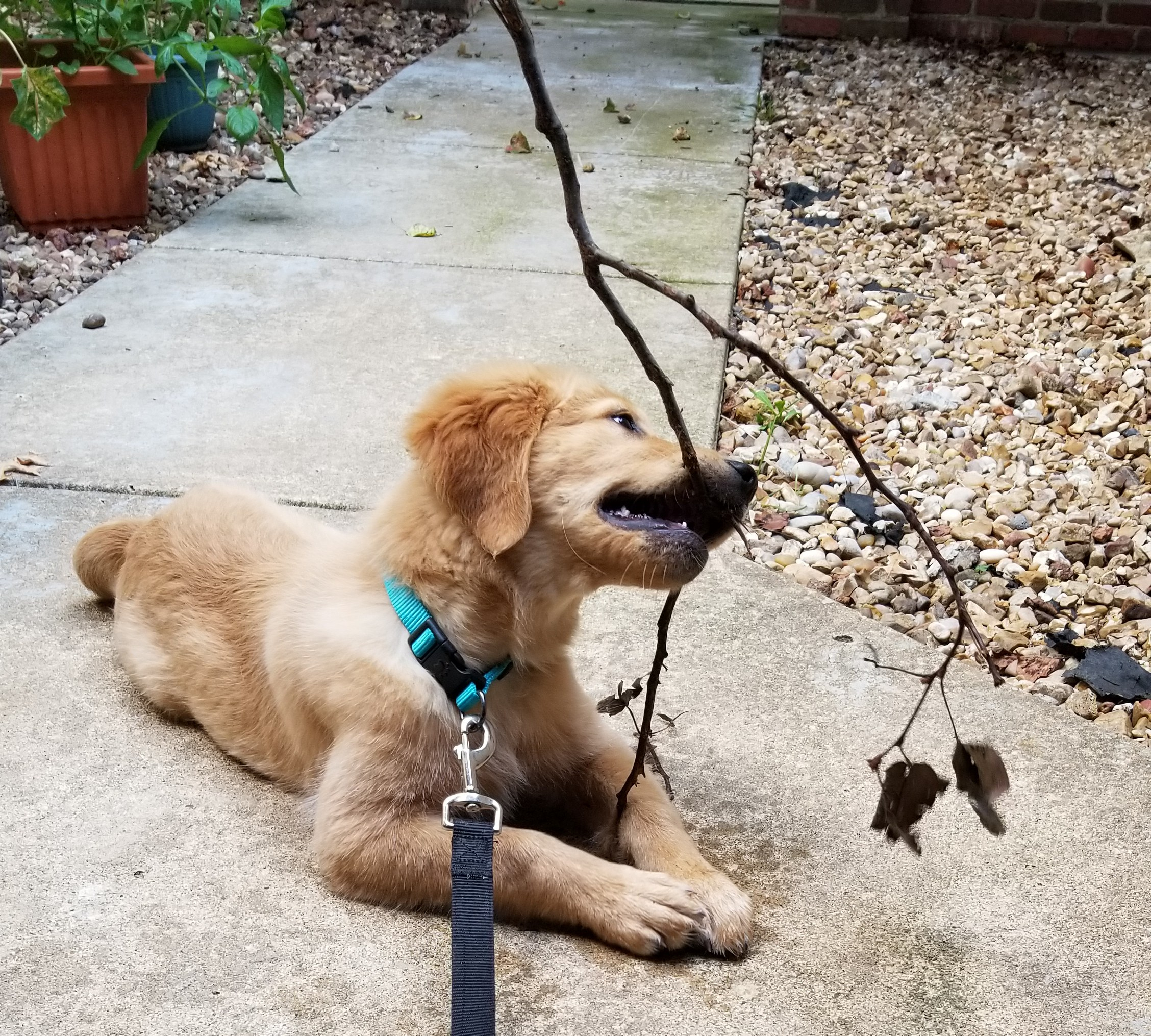 7. What are some of your favorite past times with your pet?

Sasha: The moment she finally curled up on my lap and accepted me as her people.

Flynn: The time Flynn showed some early signs of doggo behavior and played fetch with me for like, 30 minutes, with his mouse he then proceeded to drown before dropping it on my pillow and throwing up. 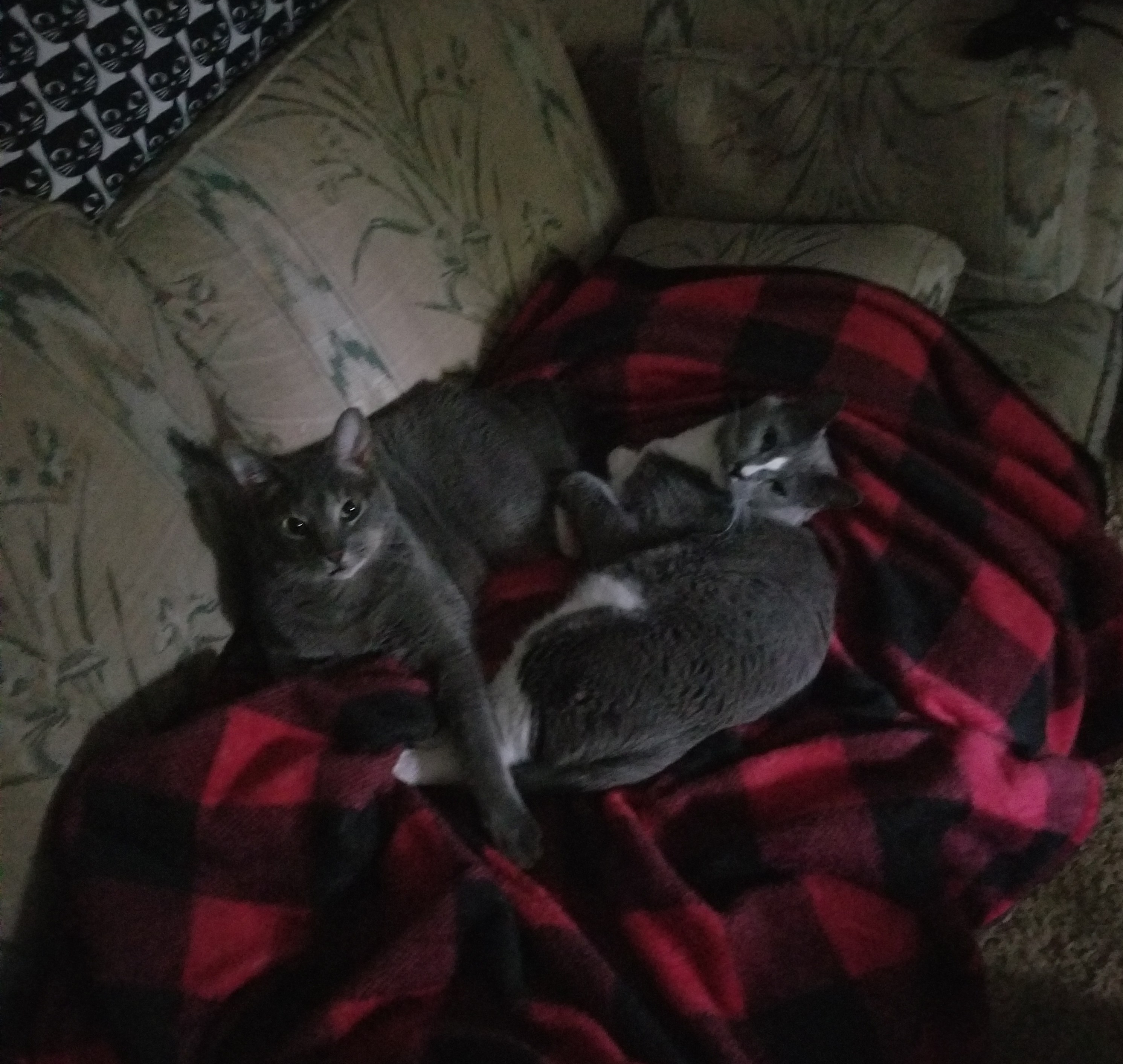 Dovah: We’re still building a lot of memories, but anytime I see her playing with her dad, my hearts swells a couple more sizes. Also, the first night she slept longer than an hour without barking. 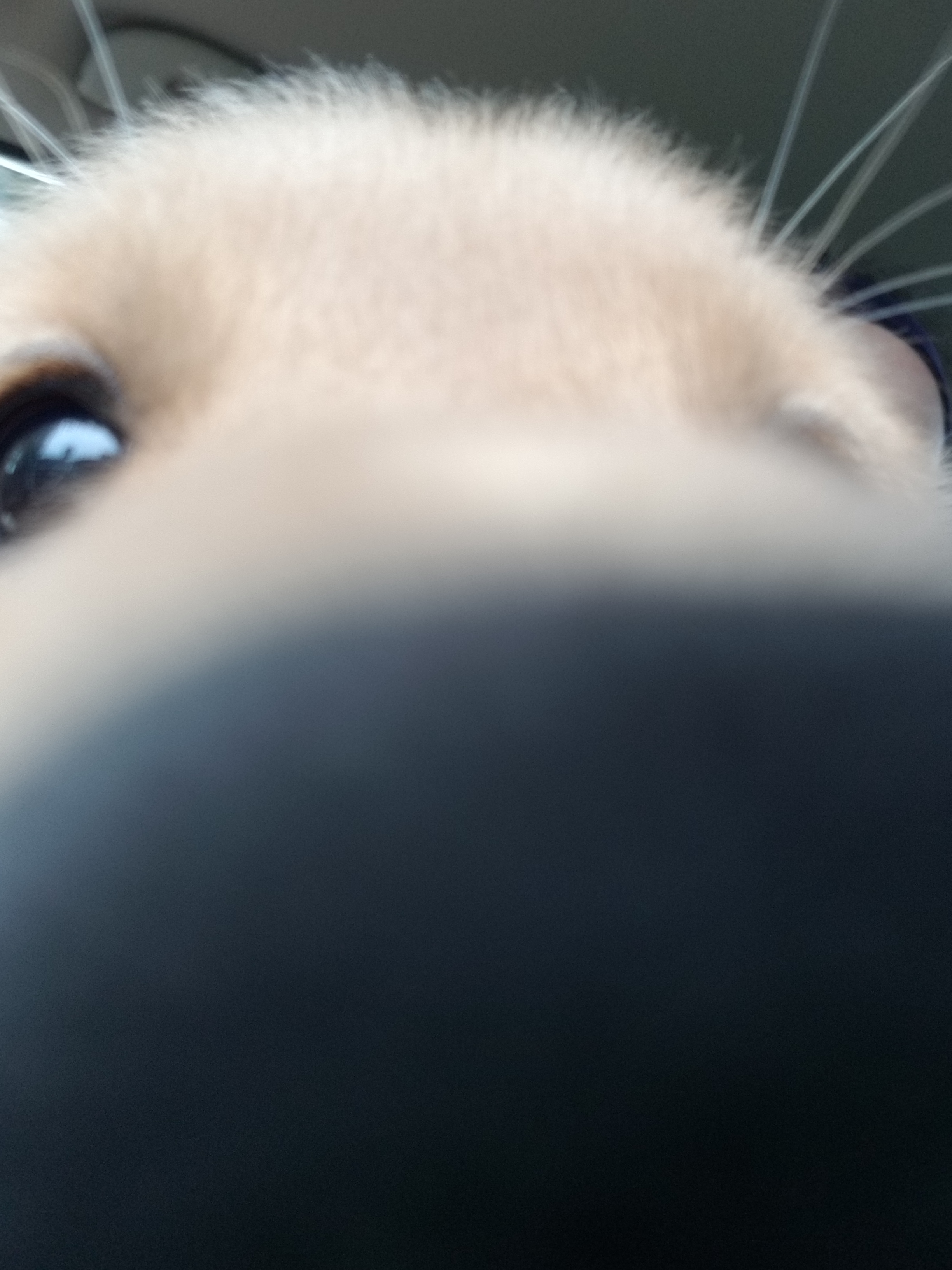 8. What are nicknames that you call your pet?

All of them get: Ding dong, heathen, hellion, hellspawn, sweetheart.

9. What does your relationship with your pets mean to you?

Everything, honestly. Growing up, my dog was my best friend and I waited so many years, throughout college and after, to finally get to the point where I could have my own pets again (instead of constantly driving down to m parents to visit our doggo there ((which, lets face it, still totally happens)). I never thought cats would be joining the mix (or would come before my very own doggo), but I can’t imagine my life without these three. I love coming home and knowing someone is there to greet me, I love taking Dovah for adventures, I love sitting down to play video games and the cats coming to curl up with me. They may be difficult, many times, but I adore them and know my life is better with them in it.

So, I’m tagging LITERALLY EVERYONE in this tag, because I want to hear all about your pets and see all the cute pet photos! Hopefully you enjoyed getting to know my hellswawns a little bit better and thanks for reading!

Previous Post: « Top Ten Tuesday: Cover Artists and Designers Who Cause My Book Worship
Next Post: City of Lies »