Last Updated on April 11, 2019 by ThoughtsStained

Title: The Return of the Shadow

Blurb: In this sixth volume of The History of Middle-earth the story reaches The Lord of the Rings. In The Return of the Shadow (an abandoned title for the first volume) Christopher Tolkien describes, with full citation of the earliest notes, outline plans, and narrative drafts, the intricate evolution of The Fellowship of the Ring and the gradual emergence of the conceptions that transformed what J.R.R. Tolkien for long believed would be a far shorter book, ‘a sequel to The Hobbit’. The enlargement of Bilbo’s ‘magic ring’ into the supremely potent and dangerous Ruling Ring of the Dark Lord is traced and the precise moment is seen when, in an astonishing and unforeseen leap in the earliest narrative, a Black Rider first rode into the Shire, his significance still unknown. The character of the hobbit called Trotter (afterwards Strider or Aragorn) is developed while his indentity remains an absolute puzzle, and the suspicion only very slowly becomes certainty that he must after all be a Man. The hobbits, Frodo’s companions, undergo intricate permutations of name and personality, and other major figures appear in strange modes: a sinister Treebeard, in league with the Enemy, a ferocious and malevolent Farmer Maggot.

The story in this book ends at the point where J.R.R. Tolkien halted in the story for a long time, as the Company of the Ring, still lacking Legolas and Gimli, stood before the tomb of Balin in the Mines of Moria. The Return of the Shadow is illustrated with reproductions of the first maps and notable pages from the earliest manuscripts.

Unless you’re a die-hard Tolkien fan, you might have no idea what this book is.
But it’s a Tolkien fan’s wet dream, basically.
One of his children, Christopher Tolkien, took it upon himself to give readers the most intense glimpse into his father’s life and works as he could, creating a 12-volume series coined as “The History of Middle-earth,” detailing the journey Tolkien underwent writing one of the greatest sagas of all time. It’s an incredible story and one that any Tolkien scholar should read.
I loved it because it gives me a glimpse into Tolkien’s writing process and provides me insight that otherwise, I could have never gotten, aside from my wildest dreams. Tolkien saved everything–and hand wrote his work, hiring a typist to type up his manuscripts for him, as far as I can remember–which allowed Christopher the chance of such a grueling task of trying to piece together the evolution of his work. 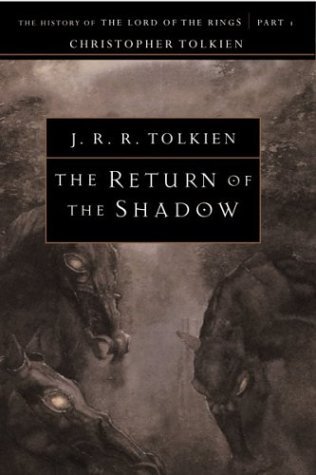 My favorite aspect, I think, is that I was able to see Tolkien as more…human. Anyone who knows me (hell, prolly even people who don’t) know that I idolize him more than almost anyone and I will be forever awed by what he was able to do and how his work shaped so much of the writing world, even today; hell, how much he has shaped my life, personally.
So to see him struggle with this world, to know he was still trying to figure out the story and learn it himself–that he didn’t always have it figured out and it took him multiple drafts to write this epic, too–was so humbling and inspiring, as a writer myself. But it was also incredible to see how much of his first draft made it into the polished, printed version. Though I shouldn’t, comparing my own writing, I can definitely say that I don’t have nearly the same level of retention that he still managed to, even with so much of the core of what makes The Lord of the Rings so great still yet to be discovered by the mastermind himself!
It’s…incredible, truly.
Some of my favorite facts I learned from this book included:

Even still, this book is very dense, especially as we’re often reading the same scenes over and over again, as they evolve over time, so sometimes, it does feel like a bit of a chore to get through. Nevertheless, the insight that was I was given–and the chance to discuss this novel alongside The Fellowship of the Ring with my fellow Tolkien Society members each month–is worth every hour I spent reading this. I’m excited to continue learning about Tolkien’s process in the next volume, The Treason of Isengard.
Read on!