Waiting on Wednesday is a weekly event hosted by Breaking the Spine where we readers salivate over the books we wish were on our bookshelves yesterday.
This week’s victim: Kangaroo Too by Curtis C. Chen, the sequel following the hilarious sci-fi thriller, Waypoint Kangaroo, to be published on June 20th, 2017.
If you haven’t read Waypoint, you need to stop reading this post and go read that, instead. Be prepare for sore abs, because the hilarity of Kangaroo and his misadventures is refreshing and pure fun. 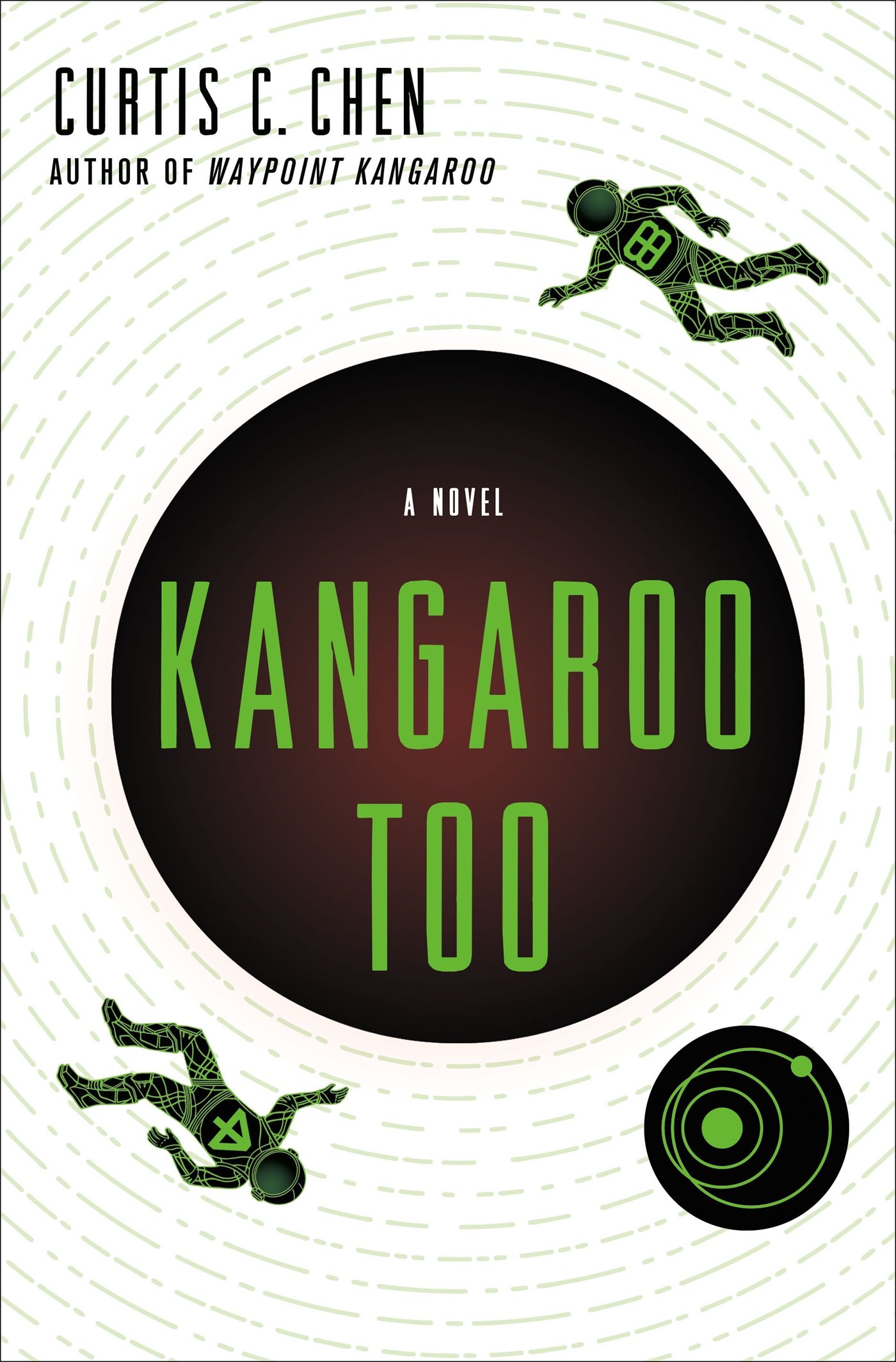 I read a lot of long, fantasy epics. A lot of intricate worlds and plots. And there is plenty of humor, don’t get me wrong. I also love those books. But when reading Waypoint, the laughter was as constant as my turning pages and it was so easy to get invested in the whimsical, hilarious characters and situations they found themselves in.
I have the same expectations for Kangaroo Too.

Set in the same world as Waypoint Kangaroo, Curtis C. Chen’s Kangaroo Too is bursting with adrenaline and intrigue in this unique outer space adventure.
On the way home from his latest mission, secret agent Kangaroo’s spacecraft is wrecked by a rogue mining robot. The agency tracks the bot back to the Moon, where a retired asteroid miner―code named “Clementine” ―might have information about who’s behind the sabotage.
Clementine will only deal with Jessica Chu, Kangaroo’s personal physician and a former military doctor once deployed in the asteroid belt. Kangaroo accompanies Jessica as a courier, smuggling Clementine’s payment of solid gold in the pocket universe that only he can use.
What should be a simple infiltration is hindered by the nearly one million tourists celebrating the anniversary of the first Moon landing. And before Kangaroo and Jessica can make contact, Lunar authorities arrest Jessica for the murder of a local worker.
Jessica won’t explain why she met the victim in secret or erased security footage that could exonerate her. To make things worse, a sudden terror attack puts the whole Moon under lockdown. Now Kangaroo alone has to get Clementine to talk, clear Jessica’s name, and stop a crooked scheme which threatens to ruin approximately one million vacations.
But old secrets are buried on the Moon, and digging up the past will make Kangaroo’s future very complicated…

I mean, with a blurb like that, how could I not be stoked? Plus, the fact that it comes out during the summer is absolutely perfect, as that is my slow time during work (though, let’s be honest: even if work was at its busiest, I’d still be devouring this book within the first week of publication).
Read on!