Waiting on Wednesday is a weekly event hosted by Breaking the Spine where we readers salivate over the books we wish were on our bookshelves yesterday.
This week’s victim: Sleeping Beauties by Stephen King and Owen King
Publication Date: September 26th, 2017 by Scribner 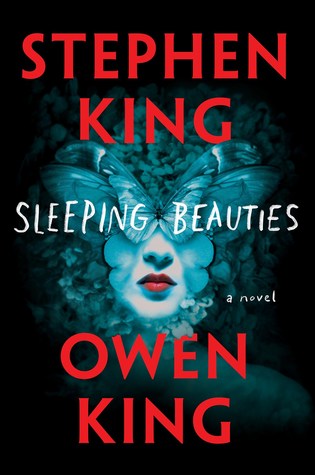 In this spectacular father-son collaboration, Stephen King and Owen King tell the highest of high-stakes stories: what might happen if women disappeared from the world of men?
In a future so real and near it might be now, something happens when women go to sleep; they become shrouded in a cocoon-like gauze. If they are awakened, if the gauze wrapping their bodies is disturbed or violated, the women become feral and spectacularly violent; and while they sleep they go to another place. The men of our world are abandoned, left to their increasingly primal devices. One woman, however, the mysterious Evie, is immune to the blessing or curse of the sleeping disease. Is Evie a medical anomaly to be studied, or is she a demon who must be slain? Set in a small Appalachian town whose primary employer is a women’s prison, Sleeping Beauties is wildly provocative and gloriously absorbing.

So, I actually just heard about this book, um, yesterday, thanks to a fellow blogger’s post. I’m not sure how much longer it would have taken for it to get on my radar, considering I’m not King’s biggest fan by any means, but boy, do I enjoy reading a King novel from time to time. And the description of this novel really piqued my interest, as does the fact that he collaborated with his son to write it. So much so that I texted my Dad, who used to read everything King ever wrote back when he was a reader, and told him about it. He also seems intrigued and will probably ask me to tell him the ending, once I read it. And if it’s anything like my experiences with The Stand or Salem’s Lot, I have a feeling I’ll be thinking about the plot a lot after I turn the last page.
I’m not sure when I’ll be reading this one, but now that it stumbled upon my radar, I hope to keep it there.
Read on!